What the internet of things means for democracy

It's difficult to know what data is being collected and what is not, and that's only going to get worse 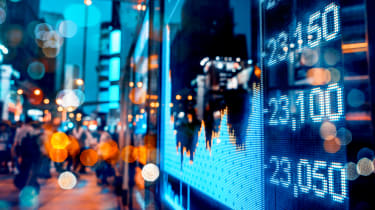 The invention of the printing press opened up ordinary people's access to information and ideas, and provided a forum for public discorse. A hundred years ago, the public was grappling with issues of gender rights and the activities of the suffragist movement, both of which were strewn across newspaper front pages of the day. Today, in the age of Wikileaks and the Cambridge Analytica scandal, the battle for human rights has shifted to the digital sphere.

The advent of 5G, with its provision of still faster communications, greater proliferation of IoT and more computing at the edge of a network, presents the opportunity for another huge revolution in how data is communicated to and from the public. However, is this revolution likely to enhance democracy or close it down?

It's a data thing

In the end, it's the data that the internet of things will generate that will at the heart of what role IoT will play in democracy - the technology itself is benign. According to Masamichi Tanaka, IoT tech adviser for the upcoming Tokyo Olympics, the technology will "bring a new world of information and knowledge to people, adding transparency to, and in turn, enhancing personal and governmental decision-making processes.

"Citizens will naturally have enhanced democratic power simply as a result of a new paradigm in which data and information are accessible to everybody," he adds.

For Seth Robinson, senior director for technology analysis at CompTIA, this gives rise to the 'democratisation of data'. He suggests an example where data would go straight into citizens' hands for them to make their own decisions, such as "a mapping service that was integrated with pollution trackers in the same way that traffic reports are, advising citizens on the safest route to travel based on shifting pollution hotspots".

These examples certainly do point towards a greater amount of data being placed in a larger number of hands, and able to be used in a wider range of ways. In these types of scenarios, IoT, and the data it generates, enhance democracy by giving people information on which to base decisions.

For some, including Masamichi Tanaka, IoT has the power to provide greater data transparency than any social media platform.

"Social media tends to unite people who have similar beliefs, creating an echo chamber effect of louder and louder voices that seem logical to those who already hold the belief, but which are not actually backed by strong evidence," he argues.

"With IoT, all beliefs are shaped and, in some cases, improved by facts, which I believe will lead to a better form of democratic power."

Yet the development of IoT faces challenges, most notably the issue of data exploitation. With far greater data collection in what Seth Robinson describes as a "spider's web of interconnected devices", there are plenty of opportunities for interest groups to spread their influence.

It's currently very difficult for individuals to know what data is collected and what is not, and that's only going to get worse. Critically, national governments will need to decide on how data is controlled in this highly dispersed information age. How is it made accessible? Are there any charges? Who can reuse the data for other purposes than those for which it was originally collected?

These are all practical issues that need to be addressed alongside work that's already been done to make devices as secure as they can be.

"Any technology only works in the ways that politicians ultimately allow," says Tony Lock, distinguished analyst at Freeform Dynamics. "IoT can enhance democracy by allowing far more accountability and interactive decision making or it can subvert democracy should politicians decide to use IoT to try to monitor and control everyone."

That's not to say that politicians by nature want to erode individual freedoms, but the rollout IoT and devices capable of edge processing are creating new ways to capture data that has yet to be addressed with policy.

Earlier this month, San Francisco became the first city in the United States to completely ban the use of facial recognition technology across government services, except for high-security federal facilities. In that case, the city's Board of Supervisors did not trust that the technology would be applied in a fair and transparent way and believed its pervasive use might create a "police state".

Lee Hepner, a legislative aide who helped draft the San Francisco bill is reported as saying that this would be the first of many steps changing how the city balances policy and technology.

Data will be exploited

It seems certain that IoT is going to proliferate, and 5G is going to allow for a more localised analysis of gathered data. As Masamichi Tanaka told us, "with a huge amount of funding currently flowing into the development of IoT, it is just a matter of a few years before we see a huge transformation in how we fundamentally treat data".

What is less certain is how citizens and governments will work to ensure the mass of data generated, and information gleaned from that data, is used responsibly and securely stored. If recent data scandals like Cambridge Analytica have taught us anything, it's that data can and will be exploited.

It's important that national governments and regulators, if they plan on the mass rollout of IoT devices, that they are clear on the rules for using it.