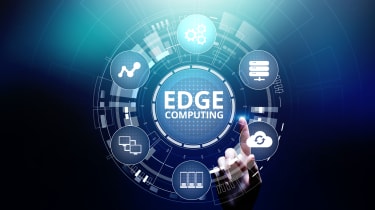 LF Edge, the Linux Foundation's organisation to promote an open framework for edge computing, has announced that two new projects will be added to its portfolio, the first additions since its launch.

The LF Edge organisation has worked with five existing Linux Foundation projects since its launch in January, with the aim of creating a vendor-neutral platform that's compatible with all existing IoT specifications and harmonising the rollout of the technology on a global scale.

Linux revealed today that two new projects would be joining its ranks, namely Baetyl and Fledge, bringing the total to seven.

"As a founding member of LF Edge, Baidu Intelligent Cloud decided to donate Baetyl, the intelligent edge computing framework, to the community, hoping to reciprocate the open source community while continuously contributing cutting-edge technologies to the global technology ecosystem," said Watson Yin, Vice President of Baidu and the General Manager of the Intelligent Cloud business group.

"The leading edge-computing technology and framework will further accelerate the implementation of cloud + AI in a wider range of industries with a bigger scale and lead the global AI industry into a new chapter of industrialised production."

The LF Edge family also welcomes Fledge, an open source framework and community which aims to unify industrial edge devices with the cloud.

Formerly known as FogLAMP, Fledge was donated to the Foundation by internet of things specialist Dianomic which recognises the difficulty of integrating the massive amounts of data generated by industrial IoT (IIoT) devices.

Fledge aims to take away the difficulty of relying on proprietary sensor silos and replace them with common APIs in a vendor-unifying platform.

Fledge is arguably a natural fit for the organisation given that the business verticals it services, which include manufacturing, energy and others, already interoperate Fledge applications with Akraino and Project EVE.

Project EVE provides system and orchestration services and a container runtime for Fledge applications and services, while the aforementioned businesses are starting to deploy private 5G and LTE networks using Akraino blueprints.

"The LF Edge's efforts for an open, interoperable framework for the edge is especially needed for the industrial factory, plant and mine where most every brown field system, piece of equipment or sensor uses its own proprietary protocols and data definitions," said Tom Arthur, CEO and co-founder of Dianomic Systems.

In addition to the new projects, LF Edge welcomed four new partners to its initiative. SAIC Foundation, Thunder Software, and Zenlayer join as general members while IOTA Foundation joined as an associate member. Members contribute financially to LF Edge, display thought leadership and can collaborate with other members on new innovations.