Whatever happened to IPv6?

It was the talk of the town a few years ago, but we now appear to have enough IP addresses for everyone – what happened? 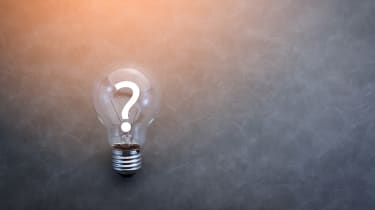 For a decade or more, we've been hearing the warnings that IPv4 the network protocol that's underpinned the internet since its inception in the early 1980s is on its way out. Even in the pages of this very magazine, we've predicted more than once that the next-generation IPv6 standard was on the cusp of becoming a universal standard. Somehow, though, that hasn't come to pass: if anything, the buzz around IPv6 seems to have died down. What happened?

To answer that, it's best to start by reminding ourselves what's so good about IPv6 in the first place. The big benefit is that it's designed to never run out of addresses. IPv4 supports a theoretical maximum of 4,294,967,296 unique addresses, which probably seemed unimaginably huge in the days when a handful of computers might serve an entire university. But these days, when smartphones, watches, televisions and even lightbulbs can connect to the internet, it's not enough. IPv6 uses a much, much larger address space: it's theoretically capable of supporting 340,282,366,920,938,463,463,374,607,431,768,211,456 unique devices which ought to last us for the next month or two.

Since every device in the universe can have its own unique address, IPv6 makes it easier to do things such as accessing your home PC while you're out without the hassle of port forwarding and router configuration. It can also benefit performance when you want your connection to be as fast and direct as possible.

On paper, it's clear that IPv6 is the superior technology. So why hasn't it taken off? We asked Graham Lewis, director of IP engineering at Spitfire Network Services, and his answer was straightforward: "In a lot of ways, IPv6 makes things easier from a network engineer's point of view. But from the end user's point of view, there's no one big reason why people need it.

"Everything works with IPv4 right now, so businesses would rather stick with that," noted Lewis. "At Spitfire, we've started charging for IPv4 addresses, as have other ISPs out there, but businesses are saying 'we would rather just pay for that than do anything about IPv6'."

The switch to IPv6 has also become less urgent as network address translation (NAT) has become better understood and implemented. "Everybody hates NAT", Lewis admitted. "In business, it creates a lot of problems. We do a lot of VoIP business, and we've seen lots of problems caused by NAT. But we have to just get on with it. Developers have got together to find fixes, and they've improved the router software, so people can carry on using NAT. All the big online gaming companies too, they've realised that consumers are going to be behind NAT so they've found workarounds for the problems that NAT can create, so people can continue using IPv4 rather than IPv6." The same principle applies when it comes to the internet giants. "All the big platforms have had IPv6 for a while. Facebook, and Google, all the people who monetise the internet, they're all ready for IPv6," said Lewis. "But from a commercial point of view, Google's not going to turn off IPv4. It would just upset their advertisers, and their business."

Yet, IPv4 can't last forever. Nicky Borg, project manager at internet telephony specialists 3CX assured us that, while the exhaustion of addresses may have been postponed by NAT, it's still coming. "It's a reality that IPv4 addresses are close to exhaustion," he said. "It's not a myth. We're trying to set up an IPv4 machine in China right now, and... it doesn't exist. It comes with IPv6 only. Even if you just want to expand into certain markets abroad, like if you need a cluster of servers for Asia, those might have to use IPv6. This is happening."

It's partly for that reason that multiple networking specialists are already planning a big IPv6 push that could transform the internet. "Out of a worldwide pool of 150 SIP trunk providers, right now there's only three where I could go as a customer and say specifically that I want an IPv6 line," explained Borg. "But a big proportion of the others have told me that in 2018, they're going to start offering IPv6. They're working on it already they have staging servers for IPv6. It's just that they're rolling it out slowly."

Why has it taken until now for the technology giants to embrace IPv6? One reason is that it's taken time for IPv6 to become properly embedded into the infrastructure of the internet. "The industry has been waiting for the technology to mature, because it's not something you can set up for yourself," said Borg. "You need DNS for IPv6, you need support from your firewall, and from your ISP. It's like a big jigsaw puzzle and now it's starting to take shape. The corners are ready, and we're filling in the middle."

And, with IPv6 fully built into modern operating systems and networking hardware, the transition is almost effortless."There is a stigma, an excessive worry about reconfiguration," Borg said. "But there aren't a lot of expensive costs involved in making your network IPv6 compliant. Our company network changed to IPv6 in just two days. We just had to buy the right devices and add a couple of IPv6 services to our network. That was all. Windows worked perfectly, all our Linux installations worked perfectly. Everything just fell into place."

Home users in particular may be anxious about switching to IPv6 and losing the firewall-type protection afforded by NAT. But there's no need to panic: an IPv6-enabled router should still provide basic firewall functions to prevent outsiders from getting onto your home network while making it much easier for you to allow access to certain services running on specific clients.

The key is simply to ensure that your defences are tuned to IPv6. "As soon as you enable IPv6, every device on the network gets an IPv6 address," pointed out Spitfire's Graham Lewis. "So unless you configure your firewall to recognise that, there's a danger that it'll just allow everything in and out."

And if you're concerned about the privacy implications of broadcasting a unique IPv6 address everywhere you go, you'll be reassured to know that almost all IPv6-compatible operating systems including Windows and macOS present a randomised, constantly changing IPv6 address to the outside world, so your address can't be used to track your behaviour.

In short, the obstacles to IPv6 adoption have all but evaporated, and there's good reason to believe that this time for real it's actually about to take off. And the good news is, it's not going to be a huge upheaval. Rather, it's going to be a comparatively quick and easy job that, once complete, should simplify all sorts of administration and remote-access tasks, and improve the performance of online apps and services. Plus, of course, it should finally put to bed any worries about running out of addresses for the next million years, at least.