IPv6 may seem complicated, but it doesn't have to be 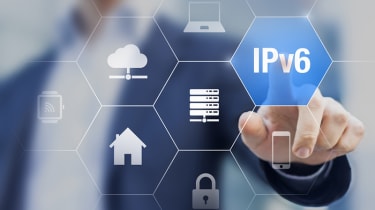 The internet protocol is the way computers, and similar devices, communicate across networks - with IPv6 its latest version. But this most recent iteration functions in a new way and could prove to be intimidating for any organisation reluctant to invest time and effort into mastering a new system.

Thankfully, despite employing hexidecimal addresses, which many industry leaders find somewhat over the top, IPv6 isn't as complicated as it seems at first, for instance, the latest internet protocol iteration can run on a network's existing infrastructure - so those looking upgrade won't need to instigate any huge, potentially disruptive changes.

IPv6 can even work alongside existing IPv4 infrastructure, operating as an independent but parallel network - meaning there's no need to plough any effort into refreshing your knowledge of tunnelling, or 6to4 gateways. There's no need to employ anybody else to handle this either.

Step one in setting up the new infrastructure is to make sure the network you're using, and all the devices it harbours, are IPv6-aware, and have been configured with the right addresses. This often involves the simple task of ticking a box on the router admin page, and ensuring there is adequate support from your Internet Service Provider (ISP) to run IPv6 addresses - a job made easier by checking your network's status on sites such as test-ipv6.com.

With that done, you can more or less forget about IPv6. You normally won't even know when you're using it: you will still be able to type in an address such as "google.co.uk", as you do now, and your local DNS server will direct you to the right site, via the right protocol. You can also continue to use local network names to connect to your home computers and other devices, which means you'll very rarely need to interact with those lengthy IPv6 addresses.