Although the changes are finally set to come into force in April, half of contractors are yet to be assessed 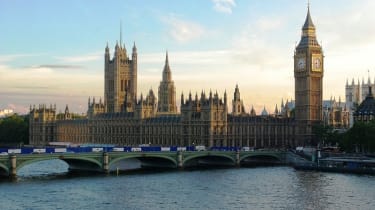 IR35 is a piece of legislation designed to tackle tax avoidance from 'disguised employment' where self-employed contractors set up limited companies to pay themselves through dividends, which are not subject to National Insurance.

It was first introduced in 1999 by then-chancellor Gordon Brown. However, as part of the November 2016 Autumn Statement, current chancellor Phillip Hammond said that public bodies using contractors would be responsible for IR35 enforcement from 6 April 2017.

It's thought that contractors could lose up to 25% of their money with IR35, according to ContractorCalculator, and as a result, almost 85% said they would consider leaving the public sector to work for private companies instead, according to a recent Qdos Contractor's survey.

The IR35 definitions are a little fuzzy, but if you work onsite with your client, who also manages you and supplies your equipment, and if you lead a team of employees that work for the client, IR35 will most likely hit you.

This is particularly worrying for government and public bodies, as they rely heavily on IT contractors, and many of those resources would be put at risk with the IR35 rules.

Head to our What is IR35? page for a detailed breakdown of the legislation.

Businesses are still not fully ready for the rollout of private sector IR35 reforms despite the changes only months away and in the pipeline for several years, research claims.

More than half (52%) of in-work contractors are yet to be assessed for IR35 despite the rules coming into force from 1 April 2021, according to a survey by IR35 Shield. Underlining this lack of preparedness, almost a quarter (23%) of firms are bypassing the need for checks by imposing a blanket ban on limited company contractors who may fall under the IR35 rules.

Businesses are also set to face a ‘talent drain’, with many contractors expected to drastically alter their behaviour once the IR35 reforms are active.

Only 32% of the more than 3,000 contractors who responded to the survey are confident they’ll remain with their current client post-April. For 57% of businesses, meanwhile, at least half of their contractors are likely to leave their roles.

Most contractors themselves will avoid ‘inside IR35’ contracts, 65%, with 72% saying they’ll increase their rates to compensate for the additional tax obligations.

“We have just a few months until Off-Payroll takes effect in the private sector and it seems that half of the market is leaving compliance until the very last minute,” said the CEO of IR35 Shield, Dave Chaplin. “This is likely to cause some severe repercussions for hirers and contractors.”

“Blanket bans on limited companies are an expensive way for firms to hire less talented professionals, whilst handing a competitive edge to their competition. Firms need to realise that if they apply best practice and with the correct contracts in place, they can continue to hire the best contractors with confidence.”

Chaplin added that companies using HMRC’s widely-derided check employment status tool (CEST), or those applying blanket rules to negate their obligations will encounter disputes and recruitment struggles. Many of these firms would be sent “to the back of the queue” when contracts decided on their next contract.

The research showed 52% of firms are using CEST, although 41% will dispute an ‘inside IR35’ result hoping that the decision is overturned. This is likely due to a historic success rate of 50% when the tool’s determinations were legally challenged.

Respondents largely concurred with this view, with 71% saying CEST doesn’t reflect the law on employment status and 75% believing the tool to be inaccurate. Damningly, only 2% said they actually trust the tool.

The extension of IR35 rules to the private sector was originally set to be introduced in April 2020, having been in force for public sector organisations since 2000. These plans were delayed by a year, however, due to the disruptive effects of COVID-19, with businesses still wholly unprepared for the changes this time last year.

The IT Pro Podcast: IR35 - what happens now?

The IT Pro Podcast: IR35 - what happens now?

With the legislation now delayed until next year, where does this leave contractors and their employers?
Skip to HeaderSkip to Content