40 years of the internet

As the internet hits 40, we trace its early origins, look at its anarchic development and consider where it might be going in the future. 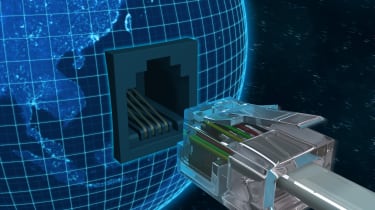 1969 was a big year for technology and science. In June, this year, we celebrated 40 years since the first manned moon landing, but in what may come as a surprise to many, this month also marks the 40th official anniversary of the birth of the internet.

The date that most have now centred on is 29 October 1969, which is when a message was sent by a student programmer called Charley Kline - under supervision from Professor Leonard Kleinrock - from a computer at UCLA to Bill Duvall running a computer at the Stanford Research Institute (SRI).

Computers had been able to connect before this point via direct modem connection, with speeds of 15 characters a second. Over the net, the speeds were already 50kb many orders of magnitude greater.

To put that into perspective, 50Kb per second is the sort of speed that anyone still on dial-up modem will be getting when connecting to their ISP, so you can imagine how fast that must have seemed in 1969.

The reason for the message attempt was because Kline at UCLA was trying to was to gain remote access to the computer at SRI from UCLA, in order to be able to use its processing power.

IT PRO spoke to Professor Peter Willetts of City University, an expert in non-governmental organisation and global politics who has researched the early days of the internet.

"In those days computers were huge machines that dominated rooms and each had different advantages," he said. "They realised they were being under-utilised, so the first step was to set up remote terminals in different parts of the campus so users could use them at the same time." This remote access was known as time sharing'.

This first connection attempt was legendary. Kline and Duvall and Duvall had written software to enable the computers to accept connections, and the first thing they had to do was log in.

The first character sent was L', followed by O' at which point the SRI computer crashed a most inauspicious beginning for the first network connection. Of course, they tried again, and the second time round they were successful with the first connection made over the net.

The network that this connection was made over was the Arpanet', which is commonly seen as a forerunner to the internet as we know it.

This was created by the US government. It was a direct response to the launch of Sputnik by the Russians, an event that had a seismic effect on the US government and indeed the American people, who were shocked by the evidence that despite being supposedly backward, the Soviets were technologically ahead of them.

As a result, President Eisenhower commissioned the Advanced Research Projects Agency (ARPA), which put money in computer science. The thinking behind this was that the launch of Sputnik proved that the US was behind in technology and needed a faster method of sharing information between scientists and academics.