After many years of discussion and debate, the 802.11n standard still awaits final approval. What is going on and why is ratification taking so long? 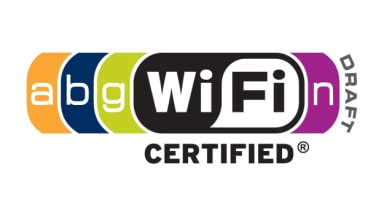 At the time of writing, retailers and e-tailers are chock-full of wireless networking equipment, much of it boasting some claim to 802.11n standard performance.

However, there is right now, not a single officially-ratified 802.11n wireless networking product available on the market. The reason? Many years after it was first mooted, the standard still has not been formally approved by the body that conceived it.

The labyrinthine path that such ratification requires leads back to a body called the IEEE Standards Association. You probably recognise the acronym - standing for the Institute of Electrical and Electronics Engineers - as it's already been behind the likes of IEEE 1394 (more commonly known as FireWire) and Bluetooth. In fact, dig into the history of the organisation, and you'll even find the standard for the trusty old parallel port in there.

IEEE has over 350,000 members, and undoubtedly its work has helped standardise much underlying technology that we rely on today. Simply, it's hard to come up with any kind of hardware standard without involving IEEE somewhere along the path. But perhaps its most prominent, and frustrating, standard thus far has been 802.11, and its variants.

Originally ratified in 1997, the 802.11 standard defines the wireless protocols that sit at the heart of the routers and adapters that are in widespread use today. Furthermore, as technology has evolved, the standards have moved on. 802.11a was released in October 1999, running at an operational frequency of 5GHz, but with comparably limited range. 802.11b, released at the same time, works at a frequency of 2.4GHz, and it was a trade off between greater range and interference problems (given the popularity of the 2.4GHz frequency among many household devices). It was the latter that first started the mainstream surge in popularity for wireless networking equipment.

It then took four years for the 802.11g standard to be approved, and it proved to be just in the nick of the time. Faster, and with a suitable range courtesy of the decision to go with the 2.4GHz frequency again, the truth is that 802.11g has proven appropriate for most home and very small office environments. It easily shunts broadband internet around, although data intensive applications running across a network can struggle with the speed limitations, as many corporate users who were quick to jump aboard 802.11g found to their cost. But still, many businesses are still happily using 802.11g standard equipment.

However, the seeds for the current problem were sown with the introduction of the 'g' standard. The limited speed of 802.11b wireless technology - with a maximum data rate of 11Mbit/sec - was proving to be quite a ceiling by the end of 2002, and many manufacturers were keen to offer quicker products. As a result, even before the standard was officially ratified, a series of draft-g wireless products hit the market, based on informed guesses of the shape of the final standard. This was less than a year before the formal standard was approved (and so the technology was mainly in place), and inevitably there were fears of incompatibilities as a result (some of which were realised when draft products failed to interoperate fully with officially ratified hardware). In June 2003, 802.11g was finally ratified, with maximum data rates of 54Mbit/sec, and this meant that the while there was a small vacuum between the launch of draft and official 'g' equipment, it proved to be a small blip in the uptake of wireless networking equipment.