Battle of the keyboards: virtual vs physical

Which is the better format for serial typists, screen-based keyboards or tiny physical ones? 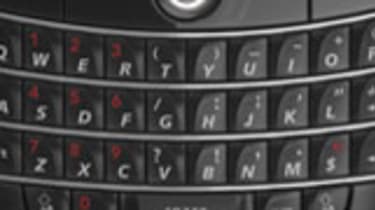 When choosing a smartphone, a keyboard that is easy to use and type on is a key consideration, especially if you spend most of your time writing lengthy emails.

With the explosion of smartphones, there has been an increase in choice between hardware and virtual touchscreen keyboards. We take a look at which are the best for serial typists.

With virtual keyboards, there's more of a choice, between one that works with the fingertip and one that will only prove successful with a stylus. 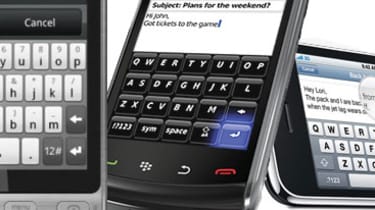 The original BlackBerry Storm was a huge mistake for those who type long emails or text messages, because the screen moved.

However, BlackBerry has corrected this fault with the Storm 2. The touchscreen extends right to the edges, so there's no movement, and although the screen requires you to press a little harder than other capacitive screens to type a letter, you're assured that each letter will appear on the screen as there's a satisfying click with each stroke.

The Storm 2 also supports multitouch when typing so you can tap two letters at a time to make full use of the shift and alt keys.

The iPhone is a hugely successful phone for those who need to type a lot. Although it wasn't designed for business use specifically, its capacitive screen makes it a winner for fast typers.

Sure, like anyone making the move from hardware to virtual keyboards, it'll take a little time to get used to, but the iPhone will help you along by enlarging each letter as you type.

Although not a fault of the keyboard itself, we did find that the word prediction and auto correct on the iPhone is over-zealous, often correcting words that don't require correcting.

The HTC Hero brings a breath of fresh air to HTC's lineup because it features a capacitive screen.

It's a lot more responsive than any other HTC devices, although because the screen is a little smaller than on other touchscreen handsets, you're well assured that you've pressed a key with full-force haptic feedback.

HTC's keyboard is also fully fingertip friendly, so striking keys is easy, whatever your digit size.

If you were a fan of PDAs and have no problem with using a stylus with a touchscreen keyboard, the 5800 XpressMusic is a decent choice, despite it not being the most business-like device on the market.

The Symbian platform has seemingly struggled with introducing touchscreen to the mix, but the 5800 XpressMusic makes a good attempt at recreating a QWERTY keyboard onscreen.

You will have to use the stylus, but unlike on other touchscreens, you can move the virtual QWERTY around the screen, for example, if you need to see the text beneath the keyboard.

Although the Acer DX900 runs on Windows Mobile and the standard keyboard is a little tricky to use, you also have the option of installing Acer's Easy Keyboard which gives you a larger QWERTY keyboard than the standard, and the best news is, it's easy to use with your finger.

There's also the option to use a spacious T9-keypad too if you'd rather step away from full QWERTY functionality.