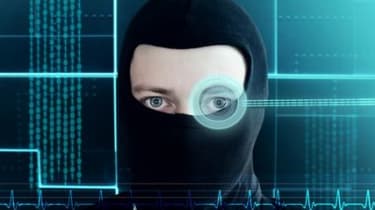 Ransomware is a form of malware that demands a payment after it has encrypted your computer. Unfortunately, the type of attack has increased in popularity for hackers over the last few years, because of its effectiveness at generating revenue for criminals. Ransomware can be extremely damaging for a business, not only costing in monetary terms, but also in reputation.

Usually, ransomware is distributed via a Trojan, unknowingly downloaded by a victim via an email attachment or spread through the network using a vulnerability. The way in which it's installed on a user's computer varies dramatically, but the problems it can cause are pretty extreme.

Once the ransomware has infected a computer, it will usually disallow the user from accessing their computer system and block access to files, sometimes encrypting everything on the computer. When you pay the ransom, you're told the block will be lifted and all files decrypted. Criminals often ask for the payment to be made using cryptocurrency so it's harder for the authorities to trace them.

According to a report by Europol, ransomware remains to be the biggest threat to businesses this year, taking $5 billion from the economy in 2017 and increasing since January.

"In a few short years, ransomware has become a staple attack tool for cybercriminals, rapidly accommodating aspects common to other successful malware such as affiliate programs and as-a-service business models," the report said.

Another report by internet security company SonicWall earlier in the year showed a 229% increase in attacks in a year. 181.5 million attacks were carried out internationally in the first six months of 2018. Famous attacks include WannaCry's which was massively successful, the ransomware infected over 2 million computers across 150 countries. The really impressive part was that it did most of its damage in just a single day, reaching around 75% of all countries in the world.

So, you're at a loss. Stared in the face with a ransom message and a screen blocker, you've only got a few options in your arsenal. One is just paying the ransom which isn't recommended. The ransoms are often highly extortionate, often in the thousands of pounds, and there's no guarantee you'll regain access to your computer after the fact. Plus you'll be target number one on their list for the next attack because they know you'll pay.

Luckily there are some pretty good ransomware removal tools on the market right now which are worth considering if the worst does happen. Don't line the pockets of criminals, have a read of our top picks.

Unfortunately, AVG's ransomware removal tools aren't available in one neat package, but they're available from the company's website as free downloads in the form of different files to combat multiple ransomware strains.

The tools created by the company rid your computer of some of the most widely known ransomware such as Apocalypse, BadBlock, Bart, Crypt888, Legion, SZFLocker and TeslaCrypt. The common symptoms of each attack have been listed nicely by AVG with a download link so you can remove the malicious program from your computer. This enables you to correctly identify the ransomware and only use the removal tool specific to the threat.

It may not be the most advanced tool in this list, but it is an extremely easy way to rid yourself of any problematic software without installing the bigger packages on your machine.

Note this product will only work with screen blockers. If your files have been encrypted, you will need to look elsewhere.

Microsoft's Enhanced Mitigation Experience Toolkit (EMET) helps raise the bar against ransomware attackers by protecting against new and undiscovered threats even before they are formally addressed through security updates or antimalware software.

There are 12 security mitigations in EMET that complement other defence-in-depth security measures, such as Windows Defender and other antivirus software, installing with default protection profiles, such as XML files that contain preconfigured settings for common Microsoft and third-party applications.

HitmanPro.Alert turns your computer into a highly undesirable victim by blocking the core techniques and exploits malware uses to hide from antivirus software. It also detects crypto-ransomware, simply by observing the behaviours that these threats exhibit. It even makes sandbox-aware malware terminate itself by vaccinating or camouflaging' your PC as a virus researcher.