US customers can now pay for goods at Starbucks, Nordstrom, Whole Foods and others using an app 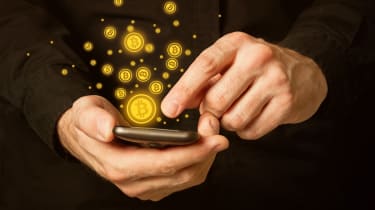 Dozens of world's largest retail chains have started accepting cryptocurrencies as a means for paying for goods in physical stores, with initial support for bitcoin, ether, bitcoin cash and gemini dollar payments.

US retailers including Starbucks, Whole Foods, Game Stop, Nordstrom, and Jamba Juice have partnered with mobile payments firm Flexa, which has built a new network capable of simplifying the payment process.

Payments are handled using Flexa's mobile app Spedn, which has a user's cryptocurrency wallet attached. The app generates a QR code that can be scanned at the checkout, which then prompts a payment transfer from the attached wallet to the store, converting the payment into dollars along the way.

Although the app only supports a handful of cryptocurrencies at launch, the plan is to provide support for any token at any store.

What makes the process so compelling is that payments are issued immediately to the retailer, something which is typically difficult to achieve with cryptocurrency payments. In order to do this, the Flexa network has developed its own token, known as the FlexaCoin, with the network acting as a middle man for the process.

Once the QR code has been scanned, the network will pay the store immediately using the FlexaCoin as collateral, and will then start the much slower process of debiting cryptocurrencies from the user's wallet.

What this means in that stores need only sign up to officially support the app, without having to do any of the legwork required to support the network, such as setting up their own cryptocurrency wallets.

Currently, the system is only available in the US, but given that a number of the stores involved are global chains, it's possible we could see UK stores supporting the payment option in the near future.

The announcement coincides with a partial market resurgence. Bitcoin has surged by almost $3,000 since the start of May, with similar percentage gains across ether, bitcoin cash, and litecoin.

New York's Attorney General Letitia James has filed a lawsuit against iFenix inc., the owner and operator of the Bitfenix cryptocurrency exchange and Tether, the company behind the stablecoin of the same name for allegedly covering up fraudulent activity.

James alleges that Bitfinix failed to inform authorities that it allegedly lost $850 million of its customer's money and then tapped into $700 million from the $900 million-strong reserve cash of Tether, the stablecoin it effectively owns in order to replace it in the hope that the State of New York wouldn't notice.

Tether is a stablecoin that many traders use and rely on for liquidity in markets; if the allegations prove true then the valuation of the coin and its users' assets will plummet, proving the long-questioned monetary reserve backing of Tether correct.

The knock-on effect of this resulted in a massive decline in valuation across all cryptocurrencies including Bitcoin which dropped 6.4% to a valuation $5,143 but has since risen to $5,288 at the time of writing - around a $400 drop since the start of the week.

Bitcoin surged to its highest price since November on Tuesday, pulling other 'altcoins' up with it thanks to an anonymous person buying a large amount of the oldest and highly volatile cryptocurrency.

Bitcoin rose up to 20% according to Asian trading, reaching a $5,000 valuation for the first time since mid-November 2018 but then later settled at $4,800 which still marked the biggest one-day rise in a year.

The massive order from an anonymous buyer totalling around $100 million kickstarted a crazed trading period whereby investors tried to capitalise on the sudden and unexpected upturn of the coin's valuation.

Analysts have been unable to pinpoint with any certainty to any specific reasons why the mysterious buyer chose to buy so much of the crypto at this time specifically.

Bitcoin's underlings Ethereum (ETH) and Ripple (XRP), the second and third most popular cryptocurrencies respectively also saw surges in their valuations as a direct result of the recent Bitcoin investment - both ETH and XRP soared by more than 10%.

Prices of lesser coins tend to be linked with developments to Bitcoin, which still holds over half the value of the entire crypto market.

Samsung has confirmed its latest flagship phone the Galaxy S10 will feature a cold-storage cryptocurrency wallet.

Among a host of upgrades, the Galaxy S10 and S10+ will allow its users to securely store digital currencies, like Bitcoin and Ethereum, as well as host a number of decentralised apps (dApps).

Samsung confirmed the new feature at one of its business sessions during Mobile World Congress this week, according to CoinDesk Korea.

Although a handful of 'blockchain phones' already exist, Samsung's device will become the first mainstream handset that can support the most widely-used cryptocurrencies when it begins shipping in March.

Little information about the specifics around how the cold-storage wallet works have come to light, but the South Korean tech giant hinted at the feature at its launch event for the Galaxy S10 last week.

"Galaxy S10 is built with defence-grade Samsung Knox, as well as a secure storage backed by hardware, which houses your private keys for blockchain-enabled mobile services," the event's accompanying press release briefly stated.

HTC in announced plans to build a blockchain-powered phone, dubbed the Exodus 1, similarly featuring a cold-storage wallet, last May. The handset, which has already been released, comes packaged with a universal wallet and hardware support for all major cryptocurrencies as well as dApps.

This followed Foxconn's announcement in April that it aimed to release its own blockchain-centric phone that would run on similar technology. This 5.5in handset, which was released in November, also features 64GB internal storage and 6GB RAM with a 12MP main camera and a 13MP front-facing camera.