We round up what the most pertinent points of the 2011 Budget were from a business IT perspective. 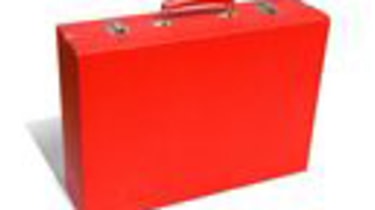 So George Osborne got out his ministerial Budget Box today and trundled along to the House of Commons to deliver some pretty significant announcements.

As with every Budget, the IT world looked on to see what the Government would change and how it would affect the industry.

Here's a rundown of the most pertinent points from today.

As expected, Osborne revealed a range of enterprise zones were to be set up across the UK, where businesses could expect to be less restricted by regulation and benefit from Government-funded services.

What wasn't expected was the number of zones. A total of 21 are set to spring up in places such as Sheffield, Manchester and London

Enterprise zones are nothing new, of course. Similar areas were set up in the 80s and 90s by previous Tory Governments.

What will be new, however, will be the addition of superfast broadband. Everyone knows the incredible economic benefits next-generation broadband is due to bring, so businesses in the relevant cities should get on board as soon as they can.

Entrepreneurs and start-ups will no doubt be pleased by the Budget announcements, particularly in light of the tax breaks they could expect to see in the near future.

The Government has been waxing lyrical about making UK laws less stringent and getting rid of all that troublesome red tape so foreign investors aren't scared of establishing themselves here. With that in mind, Osborne announced corporate tax would be reduced two per cent this year. That will decrease to hit 23 per cent by 2014, making it the lowest corporate tax of all G7 countries.

Furthermore, businesses with 10 employees or less and genuine start-ups will be exempt from domestic regulation over next three years, making life considerably easier for them. Furthermore, from 6 April there will be a doubling in size of entrepreneur relief to 10 million.

This will be great for keeping exciting, young tech firms in this country, which will in turn be a boon for the economy as a whole.

It'll also be interesting to see what the new Start-up Britain body will do. Osborne wasn't forthcoming in how it would assist people in starting and growing a business in the UK, but let's hope it's not going to be a flop.