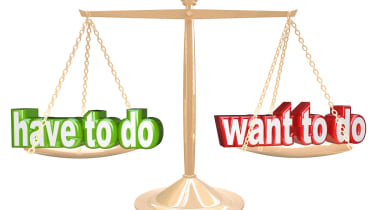 "Computing has gone from being something that was once a luxury item to something now a necessity."

Those under the age of 25 are a case in point, Henrys says, adding this demographic will often choose to make sacrifices elsewhere so long as they can have the latest and greatest in tech.

People are demanding from IT that they have the same level of convenience and capability in their working environment as they do in their private life.

"When asked some would say they could live without a car as they can get public transport instead, but they couldn't possibly live without the internet," he says.

He adds: "For the first time, we are seeing innovation lead in the consumer space rather than in business sector."

This innovation in consumer technology means people can do new things not previously possible with business technology. "Lots of people are bring this technology into work to boost their productivity," says Henrys. Such devices have GPS to pinpoint location, they have cameras, and they have accelerometers, among other features.

"People are demanding from IT that they have the same level of convenience and capability in their working environment as they do in their private life."

Rather than sticking heads in the sand and not dealing with the situation, IT organisations have to embrace the inevitable that consumerisation of IT is here to stay.

Henrys says that there is a real pressure on IT departments and organisations to meet user expectations and demand.

"If you're not giving users what they what or what they expect, they are probably going to go elsewhere or work around you," he says.

This means having to rethink the organisation's entire IT strategy. It's a massive cultural shift. No longer can IT specify what is used and where. IT has to become more flexible in order to help employees increase their productivity and boost morale without sacrificing manageability or security. Through such changes IT can move away from its legacy as a cost centre and towards its new role of an innovator that adds value to the bottom line.

Henrys says that the concept of seeing employees as users is now out of date. They need to be considered as consumers.

"The consumer has a choice whereas the user gets what they are given," says Henrys. "So in that corporate IT world, if you are not giving your users what they want or what they expect, they probably going to go elsewhere and work around you."

The consumerisation of IT is something that is happening whether we like it or not. It's also not something the IT group can say no to, as they run the risk of being sidelined and demoted into the realm of shadow IT, where the user provisions their own equipment and services without the management or guidance.