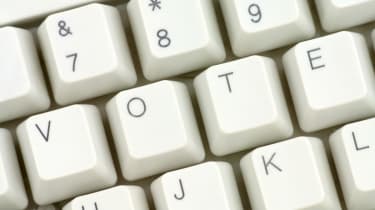 While there are many, many contrasting opinions from the assorted political pundits where the General Election of 2010 has been concerned, there is some degree of consensus on one thing: we've never seen an election quite like this.

Never mind the closeness of the opinion polls, the fact that it's turned into a three-horse race for most of the campaign, or the leadership debates for a minute. For this has been an election when the voting public has been heard during the campaign itself far more so than in recent times.

Back in April, when Gordon Brown confirmed that Britain would be going to the polls on 6 May, we put together a series of articles that looked at how the assorted parties would be looking to utilise technology to help get their message across. It's odd to think that that was just a few weeks ago. Because since that point, it's fair to say that things have gone off in slightly different directions to the way many anticipated.

What's been one of the most interesting facets of the election is how social networking services, Twitter in particular (but Facebook as well), have helped form a rebuttal to many of the messages coming from the mainstream print press.

It became, over the course of the campaign, a regular and obvious sight to see, for instance, The Sun and the Daily Mirror side by side on the newstands, one taking a pro-Conservative stance, the other pro-Labour. The trading of blows across the front pagers of the red tops has continued with its usual ferocity (and most other newspapers have taken up their regular positions too), although this time, the effectiveness of all of this has arguably been muted a little.