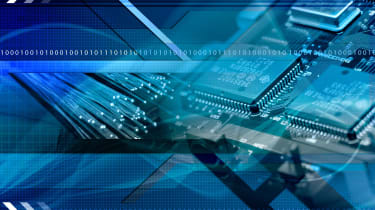 The digital age is upon us, according to the Government, and after a long look into the state of the country's digital capabilities, a bill was drafted to tackle what they thought needed addressing.

However, the long process of drafting proposals ended with a bill rushed through parliament, despite controversy surrounding broadband plans and measures to deal with illegal peer-to-peer file sharing.

So how is this new piece of legislation going to affect your business?

We may often write about projects by the likes of BT and Virgin to bring superfast broadband with speeds of up to 200Mbps to the UK. However the sad truth is many places across the nation can't even get a basic 2Mbps connection.

One part of the bill that has now become law is the promise that everyone across the UK will have access to a minimum of 2Mbps by 2012 - although exactly what that means is up for some debate.

In addition, the 50 pence per month broadband tax on landlines to pay for the improvements has been scrapped so the Government funding for it may be a different matter.

Still, ensuring a minimum level of broadband could mean a lot for businesses.

Those at the smaller end of the scale may be particularly affected. Indeed, if you work from home or in more rural areas there will now be money rolling in to boost broadband speeds and ensure connectivity.

Going up the scale, it will increase the capabilities for larger companies who may have a number of branches and locations. Instead of having to look carefully into where is best for connectivity, firms will - in theory at least - have the assurance that wherever they go, they can get a decent base level.

Finally, for businesses of all sizes, it could help with the growing trend of remote working, allowing employees to get a decent connection wherever they are based in the country.

Secure your connection from the outside world

But with increased connections there comes increased security risks, and the new act will give businesses a lot more responsibility when it comes to controlling who uses what and why.

A major aspect of the bill and perhaps the most controversial was about trying to stop illegal file sharers and those who download copyrighted material online.

The measures detailed in the act mean that those who own the internet connection will be the ones responsible for any illegal activity.