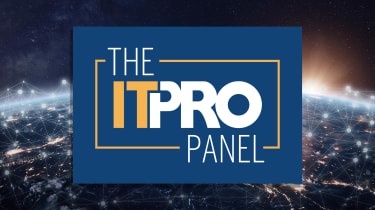 So how can you harness IoT data?

If you thought the ethical issues were difficult, roll your sleeves up even higher as we explore how you can actually harness the data coming from the IoT.

The scale of the challenge is difficult to grasp. Just consider that famous Big Data stat from IBM, that as of last year 90 per cent of the world's data was created in the preceding two years.

Meanwhile, a report from analyst house IDC suggests we will hit 40,000 exabytes of data come 2020.

It's hard to even picture that, but that's how much data the IoT will be churning out in just five years' time.

You won't be processing all of that, nor relying on an old relational database, but even the tiniest fraction will be difficult to process.

But, as TechUK CEO David says: "How we harness data from devices will prove to be the biggest challenge and opportunity presented by IoT."

He says Big Data analytics will play a key part in helping you do this in fact, he views them as mutually dependent.

"Leaders will need to have awareness and mutual expertise [in both] to understand and implement the potential benefit offered by IoT," David claims.

"Without thought and planning, the impact of thousand, tens of thousands or even millions of such devices on the overall network could be crippling," he states.

However, if you're able to build a filtering system for the network, you could reduce the impact on your network without needing to drastically scale its capacity.

"Data from devices needs to talk to a local hub, which can act as a first-line filter, only passing on data down to the main network as required," Longbottom explains.

"This may be based on the hub identifying an issue itself, or the central environment asking for specific data."

Cloud could also help you deal with all the data raining down on you, Ocado's Donkin highlights.

Cloud technologies are well suited to these uses, he adds, whether your data comes through a conventional network, or a specialist low bandwidth, lower power network.

Amazon Kinesis and Google Pub/Sub are two scalable messaging platforms that could do the job, while data-processing warehouses like Hadoop are moving into the cloud.

"There is a trend away from proprietary, closed and local solutions for sensing and connected devices, to internet-based, standards based IoT technology," says Donkin.

These are things to bear in mind next time you're refreshing your current systems.

But as robust and prepared as our networks and databases may eventually be for the IoT, how prepared are we?

"Ultimately this is about people, not IT," he tells us. "It need an understand of the social and ethical implications of technology to create designs which are acceptable and leave the individual in control."

He adds: "I don't think we are anywhere near ready for this yet."

In the rush to get IoT devices to market, the industry is guilty of creating a multitude of standards.

One provider will build its own devices on its own network standard. It means they can talk to one another, but not to another company's devices.

"Really today you're selecting your vendor in the hope that tomorrow they're going to adhere to an open standard. You are placing a bet," he says. "That makes no sense to me whatsoever."

Proprietary standards come from any company making IoT devices it's a consequence of competition, but it's remarkably shortsighted.

The IoT will be useless if different firms' devices cannot talk to one another.

Competing standards effectively lock data into silos, stopping the spread of information and the pace of innovation, with developers unable to build on top of others' technology.

"The ability to be interoperable with what's there already is a big challenge," says Digital Catapult CEO Crockett.

"We have a world where the IoT tends to be in silos. The ability for those silos to talk to each other is still in very early."

However, he believes common sense will prevail.

Standards bodies IETF and IEEE have done a lot of work to ensure the foundations are in place for an open IoT, with their standards targeted towards various industries but companies must adopt them.

Walker says that a set of open standards would give governments a framework around which they could legislate, beginning to address the cultural and ethical issues of the IoT.

"Governments are making policy into what is largely a vacuum," he claims. "They are having lots of difficult decisions around privacy of data and so on to make, many of which are ending up to be basically mutually incompatible.

"If the industry comes together and says we've put these basic levers and lights together, then it gives a context for legislation to be created."

And if companies decide not to take part?

"Well, the history of technology is filled with graveyards of people who've went down that road," he says, somewhat ominously.

Even if they don't sign up, there's a British consortium of companies working to create a solution.

With backing from firms including ARM, BT and IBM, the HyperCat standard aims to solve that problem by creating a virtual address book for data hubs that contain information from IoT devices.

An app could query a hub about the types of data it holds, and what permissions the app would need to access that data, the idea being to let the development of the IoT run as smoothly as possible without humans needing to build APIs for a growing swathe of closed devices.