On Twitter’s fifth anniversary, we count down our top five tech tweeters. 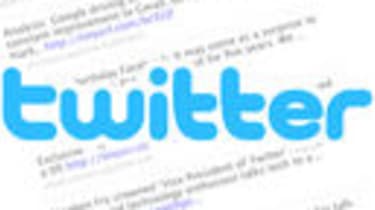 The higher up a company you go, the less likely you are to get genuinely interesting tweets, both about the inner workings of a firm or day to day issues, for fear of a PR nightmare.

However, Matt Cutts, the head of Google's Webspam team, is a really great follow for keeping up to date with movements at the Silicon Valley giant.

Obviously, he will tweet about new things he is involved in at Google and wider updates to the company's services.

However, he is willing to admit fault for the firm too, such as a tweet earlier today linking an article entitled "25 things I hate about Google" and exclaiming "every Googler should read this."

Yet again, Cutts is also very good at replying and his followers seem to be growing by the day, currently just topping 100,000.

Stick with this guy for your Google news and some tongue in cheek banter.

We return to the UK again for our next entry and once more pluck a Twitter user from Parliament Square.

Tom Watson is a Labour MP for West Bromwich East, so not the first name you would think of when it comes to technology.

However, he has taken a keen interest in a lot of major tech issues debated in the House of Commons, from the Digital Economy Act to net neutrality.

Watson regularly links to insightful articles around public sector technology, as well as passing his own outspoken comment and links to his blog.

Yet again, he is great at responding to his followers and even has it out with rival politicians through the microblogging site.

But Watson also has a personal touch and will fill you in on his family life to try and make people see politicians are still human after all.

A great Twitter user for those who want to be in the know when it comes to the politics of technology.