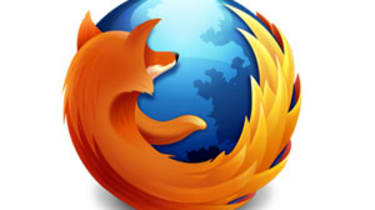 Forget Microsoft and the dull facts of its still dominant market share - Mozilla is really the biggest name in browsers.

Since Firefox 3.0 was launched, Mozilla has fresh competition snapping at its heels from the likes of Google's Chrome, Apple's Safari 4 and let's not forget Opera, with its recent 10 beta. All have touted speed improvements for general rendering and JavaScript.

The latter has been increasingly important for use in major websites such as Facebook and Google Docs, which rely on dynamic elements, and it's only going to become more important in the future.

Mozilla originally announced that a 3.1 update would be coming not long after version 3.0 was released, but it's been much delayed, as feature creep began to set in. However it's now here. So was it worth the wait?

Appearance wise there not much visual difference between them, and Mozilla has resisted the temptation to add a flashy front end to the program, such as the Top Sites feature you get in Safari 4 you just get a simple Welcome to Firefox 3.5' welcome page, instead. Rather, the company has focused on more fundamental features. Having said that, there is a new Firefox icon which appears to just add a shadow to the old one.

Be wary though that, inevitably, not all of Firefox's plug-ins will work immediately with 3.5, which may knock upgrading on the head until developers catch up. A good example is Google Gears, the software that's needed to store off-line data for Gmail and Google Docs, but Google has stated that it's on the case.

The immediate difference we noted was that a fresh tab is now displayed by default even with just one open a visual indicator of the presence of tabs, something it's clearly taken from IE. You can also now restore previously closed Windows as well as previous tabs, which could prove very useful.