The chief executive of identity management provider Garlik discusses how to keep yourself and your information safe online. 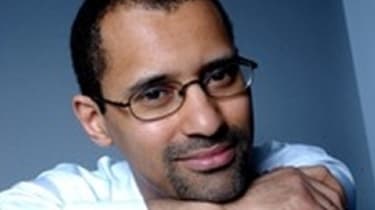 Tom Ilube is the chief executive of Garlik, the online identity management service. Earlier this year Garlik, launched QDOS, an attempt to rank and track the web presence of 45 million Britons and eventually, to build a global database of individuals' presence online.

Before founding Garlik, Ilube was chief technology officer of online bank Egg. He is a regular commentator on online identity protection and the prevention of cybercrime.

You have launched QDOS, a service that ranks everyone in the UK as well as a smattering of global celebrities by their presence on the Internet. What's the idea behind this exercise?

That's almost the same question my venture capitalist [backers] asked me! We have been in the area of identity management and identity theft prevention for two and a half years, and we are trying to build a large-scale, consumer business.

Awareness among consumers is growing steadily: nine out of 10 consumers say they have heard of identity management and half know someone who has been a victim of identity theft. But the numbers doing something about it has hardly shifted. Consumers are getting worried but they are still not actually reacting. We wanted consumers to engage with the concept of their digital identity.

What makes you think you have the right formula to do this?

There are two big bets we made when we set up this company. One was that personal information and identity would be a really big issue in the digital world over the next five years, the other was that the web is changing from a document-based web to a semantic web of data. Our system is based on a semantic web platform, one of the largest such platforms built anywhere. We have taken a pure view of the way the web is evolving.

How does knowing more about their online identity help people to protect themselves on the net?

Consumers can't visualise their digital identity, so we thought that perhaps we could measure it. You can have a look, see if your identity is bigger than your mate's. It's not something to take too seriously, but it is about shifting the conversation from a fear and from identity theft to understanding and engaging with digital identity. We want consumers to start exploring their identities now that people have a sense that they own something valuable they can either promote or protect it.

If these identities are so valuable, what's to stop your company selling the information?

We have no intention of selling this information on. It is not like a traditional social networking site, where you gather people in and then flog it on: that is not what I'm doing. I would rather ask consumers what they want [from the service] and they will tell me. I am certain that once we get to a critical mass the things they will ask us for will become clear.

Garlik already offers an identity protection service. How does that fit in with QDOS?

We really believe that the more people become aware that they have a digital identity, the more they will want an option to look after it. But QDOS deliberately has to stand alone in a free, open and ubiquitous way, and make millions of people aware of their digital identities. Some people may not want to protect their identity but want to boost it.