If you get the new Pearl 3G with 25MB of memory, what are the new business apps you’ll want on it? 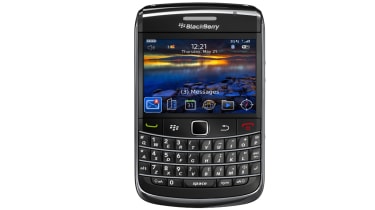 PrivacyStar is trying to tackle unwanted phone calls. You can automatically block calls from anyone who's not in your address book or anyone who's hiding their phone number. You can block specific numbers and when you do, you can report them for calling your number if you've registered it as not wanting marketing calls. Initially PrivacyStar is launching the US but developer First Orion is planning a version for the UK and Europe soon.

If you want to develop your own mobile business apps, Oracle used WES 2010 to announce the developer preview of the Oracle Application Development Framework mobile client for its 11g Fusion Middleware, which you can use to create BlackBerry clients for Oracle business apps as native Java apps.

"I'm not legally allowed to say when it will go into production," chief architect for middleware Ted Farrell commented, "but we have a big show later this year."

Domino users aren't left out. Kryos Systems launched the beta of its Velocity Designer for rapid development of BlackBerry apps that connect to Notes and Domino databases. Again, this will launch in the summer.