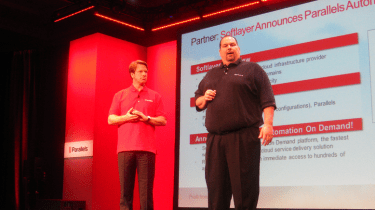 I had no idea they had acquired these SaaS and PaaS plays. And when they described that they wanted the infrastructure piece and this was the one thread that brought it all together, that they were going to make the commitment to make SoftLayer the fundamental platform of what's going to be driving all of that ... I couldn't believe it.

Among the IBM solutions that will be deployed on the SoftLayer cloud include BigInsights for big data anlaysis, and BlueMix, the next generation cloud platform based on IBM's Open Cloud Architecture and Cloud Foundry.

IBM will bring a new wave of enterprise customers to SoftLayer, particularly in government, telecom, financial services, and healthcare. Although, Crosby says, the shift to enterprise tenants had already begun before the acquisition: "In 2011, the enterprise started showing up. My top 25 customer base literally flipped in 12 months. It went all Fortune 500."

That presented Crosby with a choice: "Do I build an enterprise team to address this, which will cost hundreds of millions of dollars, or do I sell the company to someone who has the resources? That was the inflection point for SoftLayer." Getting under IBM's wing has already changed the game. "Thanks to the IBM name, we're bidding on projects that are unbelievable in size," he says, noting that SoftLayer has acquired 1,600 new customers in the past 90 days.

The buildout in capacity has already begun, with four new data centers coming online in the next four months: in Hong Kong, London, Ashland, Va., and Richardson, Texas. "From there you'll see expansion through Europe, through Asia, into South America ... it's a worldwide push to get into all continents so that we really have a global footprint," Crosby says.

Ever since Lou Gerstner transformed IBM into a services-first company, Big Blue has been known as the behemoth that can get the job done for large enterprises. But it has not necessarily been known as a company that gets things done quickly, and its confusing array of SmartCloud solutions has not taken the enterprise market by storm.

Crosby's sketch of IBM's plans to stitch together SaaS and PaaS offerings on SoftLayer's infrastructure provides a fascinating glimpse of IBM's future cloud strategy. At the very least, SoftLayer seems poised to provide a platform to accelerate deployment for large IBM engagements -- at a scale other enterprise cloud competitors will be hard-pressed to match.