Can this Sony dethrone the Lenovo ThinkPad X301 as our favourite ultimate laptop for business travellers? 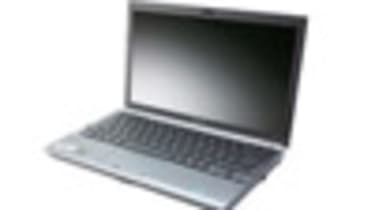 The Sony VAIO Z-series is one of the smallest laptops we've ever seen, but it still tries to cram in everything you'd expect on a full-size notebook.

Its 1.47kg weight is far less than most notebooks, and it's light enough to barely be noticeable when slung in a bag. The 33mm thickness is another reason why the Z-series is ideal for frequent travellers, as long as you've got a well-padded bag for added protection.

The VAIO's chassis should be able to withstand regular transport, too. The thin screen lid flexed easily but there was no sign of distortion on the Windows desktop when we prodded and twisted it. And the build quality elsewhere is beyond reproach - the wrist-rest didn't flex as much as we've seen in machines twice or three times the size.

Sony's now-familiar Scrabble-tile keyboard layout is excellent, proving just as comfortable as it did in the preceding Z-series, and more comfortable than the scrabble-tile keys of the MacBook Air. The trackpad is decent, too: large enough to not prove restrictive, and with two responsive buttons.

The 13.3in screen, with its native resolution of 1,600 x 900, offers plenty of desktop space. The audio output is also surprisingly good for such a diminutive notebook, with the pair of small stereo speakers pumping out decent bass and a clear mid-range.

What's most impressive, however, is the sheer grunt this seemingly lightweight machine is able to deliver. It's equipped with a 2.66GHz Core 2 Duo P9600 instead of the low-power CPUs favoured by the MacBook Air, Lenovo X301 and Toshiba Portege R600. The result, unsurprisingly, is much more capable performance: the Z scored 1.45 in our benchmarks - twice as quick as all of its main rivals.

And, thanks to dual graphics chips, this power doesn't come at the cost of battery life and portability. Using the Speed/ Stamina switch above the keyboard you can quickly swap between the Intel integrated graphics and the more powerful Nvidia GeForce 9300M GS chip; don't expect mind-blowing gaming, though: in our low-quality Crysis benchmark it achieved only 6fps.