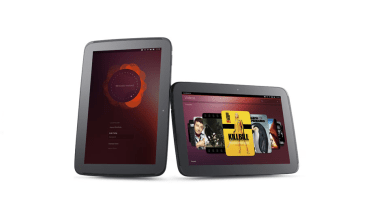 The delivery of apps is another key area where Canonical has taken a different approach to its rivals. Apple, Google and Microsoft offer users a dedicated App Store from which to purchase apps, music or movies. On the Ubuntu OS, users buy apps directly from the user interface.

Music can be purchased by scrolling down to the Music tab, and the same procedure applies for Movies and Apps. This puts the app store right at the heart of the operating system, feeding purchasing suggestions to users even when they are not intending to buy anything. Some users may view this as nothing more than advertising, but it has been down in a discrete manner, and is likely to end up being more of a help than a hindrance. 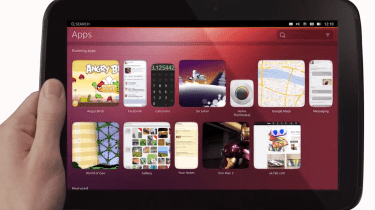 An area which does need work is the number of apps available. There is a critical shortage with only a handful of specially made apps including Facebook and Twitter available. Most other pre-loaded apps such as as eBay are just shortcuts to the respective website.

Packaging web shortcuts as applications is not ideal. It works well for websites such as Gmail and eBay, but in the long-run applications need to be redesigned to make use optimal use of the screen real estate - especially on smartphones.

Ubuntu appears to have trumped Microsoft by taking a fully fledged desktop operating system and making it work on tablets. Although the Ubuntu OS isn't ready for prime-time, the beta shows promise.

Businesses willing to use the open source OS could potentially save a lot of money by using Ubuntu when the final version is released in 2014. Enterprise friendly features include support for multiple user accounts on a single device and the ability to authenticate using existing services such as Active Directory and LDAP.

However, much can change in 12 months. Android, iOS and Windows Phone are all expected to be upgraded during 2013 and Mozilla will also be launching its Firefox OS - so Canonical will have to double down and make sure it does not fall behind.

This article replaced the first look published on the 27 February 2013.

Canonical has worked hard to make an interface which scales from mobiles through to desktops. The beta works well, but it remains to be seen which vendors will bring devices to market.

Recommended for use on: