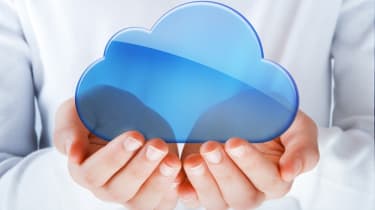 Once I got to have a sit down chat with Gordon McMullan, CTO at JLR (Chief Technology Officer at Jaguar Land Rover, for those with Acronymophobia), though, he couldn't resist whipping out his iPad and showing me JLR's already built fully fledged VMware Fusion app portal. Most of the topics he had been raising in the round table were about issues he'd already passed through, or which had particular difficulties for JLR due to an immensely long history of the worst kind of corporate IT inherited from phases of the JLR life-story that included contact with Ford, Honda and others. An XP laptop build with 87 distinct applications on it, anybody? Maintaining their Horizon portal was, by comparison, a walk in the park.

The impact of covert IT isn't entirely about choosing the right management shim to present your dinosaur-grade infrastructure to impatient, handkerchief-twirling iPad fanatics. Most of the Round Table crew were talking about a very different matter. The topic which all the senior men from corporate-land all brought up in one way or another was that of IT to business communication, and a strong sense of the nature of IT's problem being an incredibly limited and doctrinaire collection of Acceptable Ways To Be Nosey.

The long, drawn-out process of someone in a nice suit turning up and doing business analysis on what a team of people say they want to achieve has been short-circuited, now that those teams can just fall back on their own (often imperfect) knowledge. In other words, the way that covert IT is better for a business is solely about delay being a bigger barrier to job completion, than is ignorance. This means that businesses do better with someone beating themselves to death at 3am, desperately trying to get the Google spreadsheet to work on their home i7 laptop with only 4GB of RAM, after a 10-hour slog at a vital project spreadhseet. That's because they have no idea about the terrible memory leaks in Google Apps or that their IT department have an RDP server with Excel loaded on it that has no such memory leak, is totally underloaded and would eat their job in about 10 minutes, if only they were allowed access to it.

That is, incidentally, a real scenario, from my own experiences, not from the VMware round table. And, yes, the fire-breathing, Excel loaded RDP host was a VM in a vSphere farm. The issue here is that hidebound, financially constrained, security-obsessed, virus-fighting IT teams do their best work when withdrawn from regular contact with users, and the source of the problem isn't really anything to do with Amazon or Microsoft. Indeed, it is an entire attitude, a systematic outlook on the way that business should be done, that starts right from the boardroom.

IT is expected to occupy the role of Information Policeman, cutting across heirarchies, specialities, and responsibilities. This is an immensely complex requirement which is, itself, assumed to be taken as read by everyone involved. As a result of this kind of miscategorisation, the IT Guy (who wants to let people know about his cool Excel-powered data monster), is viewed as being lower than a Traffic Warden, by users who are empowering their ignorance and rewarding their wheel reinvention skills, instead of listening to the guys with answers that are not just right, but right in the light of what the business can afford.