After sleepwalking into privatisation of public spaces, city councils are waking up to the need for citizen-led smart cities 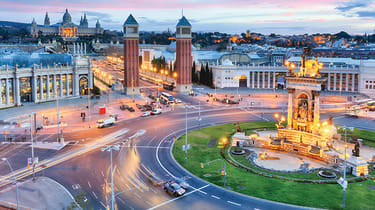 Our cities are gradually becoming "smarter". Sensors are proliferating, measuring everything from traffic flow and power usage to environmental conditions, and it's this data which is giving city administrations the opportunity to tackle problems in a more incisive, timely way.

But who decides which problems merit the smart city treatment? If those sensors and back-end systems provide a useful solution, does that mean the city is beholden to the company that provides them? And most crucially of all who owns the data that's at the centre of this whole concept?

Recent years have seen some interesting developments. Citizens have wielded sensors to provide radiation data in Fukushima, air quality data in Amsterdam, and measure damp levels in housing across Bristol. Now, Barcelona is preparing to experiment with citizen-led internet of things and sharing economy pilots, with the aim of making the best of local data without any need for monolithic online platforms.

However, this isn't the how the smart city concept has largely played out so far. Instead, it's found itself being pushed by the likes of IBM and Cisco in their quest for new business.

"Tech companies would make agreements with city councils, promising to address classic issues that cities that are growing have, such as mobility, pollution, waste and so on, by deploying their technological infrastructures," said Mara Balestrini, a technology strategist whose Ideas for Change consultancy has been advising Barcelona, Bristol and other cities.

According to Balestrini, the administrations buying in this technology initially had little idea how it really worked. "Nobody wants to be the mayor of a non-smart city," she said. "[But then] city councils realised they had privatised the public space. What we now know is that data has a lot of value."

"Smart cities were mainly implemented through technology-led logic, very much influenced by big technology providers," agreed Francesca Bria, Barcelona's digital chief. "This meant going with the technological infrastructure first [installing] sensor networks, data-gathering devices and connectivity, and only then starting to think, 'What are the real problems and needs that we are addressing?' This led to city administrations solving technology's problems, not the citizen needs that you need to address as a key issue in government."

Bria was hired a year ago by the new, leftist administration of mayor Ada Colau, a champion of grassroots politics who has made waves by taking on big US tech platforms such as Uber and Airbnb. Consequently, Bria's mission is very much one of realigning the power balance of the smart city.

"You can end up with a black-box operating system where the city itself loses control of critical information and data that should be used to make better decisions," Bria said. "Another problem with the privatised way is basically the business model is creating dependence on very few providers We saw [this lock-in] previously in public administrations with Microsoft, for example. Now, in the smart city case, this lock-in would be extended to the entire urban infrastructure of the city. We're talking about transportation, better waste management, even water, energy, distributed green infrastructure. It's a big problem for a public administration, losing control of the management of the infrastructure." 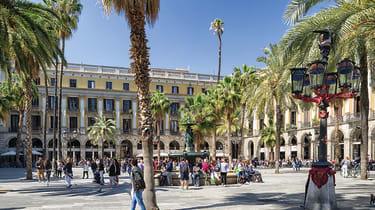 So what's the solution? Figuring out the city and citizens' needs, then looking at the appropriate technology and, according to Bria, making sure that the technology is open-source to maximise interoperability. This doesn't just boost competition among suppliers and help cities share knowledge; it also allows the city administration to stitch together the smart city's various infrastructural patches.

"One of the main problems Barcelona had was non-interoperability," she said. "You [had] a sensor network solution for your lighting system and another for your pavement and another for measuring quality of water management. That's three different systems not talking to each other in a standardised way, and where the city couldn't access the critical part, which is the data."

Barcelona's new approach is to "recognise that the citizens are the ones that own the data," Bria said. Along with Amsterdam and a dozen other partners from the worlds of academia, tech and consultancy, the Catalan capital is involved in consortium called Decode that has 5 million worth of funding from the European Commission and that could end up stimulating genuinely grassroots rivals to Silicon Valley's "sharing economy" platforms.

"The citizen gets to decide what data they want to donate, and on what terms. Data is not centralised in the hands of very few players," Bria said of Decode's aims. "This is the first step to creating next-generation collaborative economy platforms that are more distributed and sustainable."

The project may also find a way through one of the thorniest issues about the smart city: privacy. Much of the information that powers smart cities is personal data that comes from and can identify individuals, particularly when data from different sources is correlated. If, for example, citizens put sensors in their homes to measure noise levels or air quality, they will first have to get over the fact that these sensors might capture information about them too. So the consortium is considering the use of blockchain technology, together with encryption, to provide a fine-grained permissions system for accessing and controlling data.

"We are implementing Decode so that the citizens can say, 'OK, I only want to share this data with my community, or with the city, because if the city gets this data, they can do something about the noise level','' Bria said.

According to Balestrini, some new city administrations have discovered that their predecessors signed long-running deals with technology providers that left the new councils having to buy their own cities' data from those providers, rather than being able to harvest their own because the technology was proprietary, only the vendors could access the data.

"It's fascinating when you start to see how much data can be collected in the city and how useful it is, but also how dangerous it is if the data is only in the hands of private companies," said Balestrini. "People are developing more awareness. At the same time, city councils are hiring people that have more skills and can inform them that having this and that data can deliver better services, save money and so on." 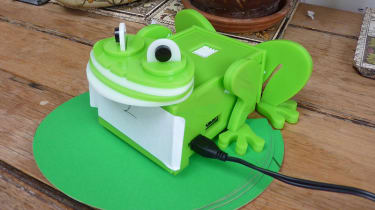 Barcelona isn't the only city to spearhead a citizen-led vision of interconnectivity. Closer to home, in the UK, there have also been serious attempts to build "smart" services from the ground up with communities. In Bristol, the local city council was among several backers of a project called Dampbusters, which began in 2015 and is preparing to enter its second iteration. Run by the Knowle West Media Centre, a community arts organisation and "living lab", Dampbusters was a "city commons" exercise in helping people identify their needs, build the connected tools to address them, and manage the resulting data in a communal way.

"We decided we needed a framework for explaining what citizen engagement looks like and what it is. It's not the same as just convening a focus group or trying to recruit people to a technology project. It's creating a level playing field where people can co-design the solution," said Carolyn Hassan, the centre's director.

The project employed artists to chat to locals in the community and figure out what they needed according to Hassan, artists "are perhaps sceptical of some of the smart city language but are interested in how you work with people".

After considering a few alternatives, the team and community settled on the issue of damp in homes. They set about designing sensor-laden devices, resembling frogs, that people could use to measure temperature and humidity and, importantly, to get feedback on what they should do about damp and where they find it. "We learned that once people understand what the problem was, they want to know their device is giving them information rather than just taking information," said Hassan.

The second generation of "Frogboxes" may include LEDs in the frogs' eyes, to show when the damp problem is reaching a critical level, Hassan said. The first generation already inspired one community member to set up a business servicing the sensors, and generated data that was given to the council to help it tackle the damp problem.

Hassan noted that involving the community to this degree isn't just about making people feel part of the project, rather than subject to it. There's also scope for boosting local employment. "In terms of jobs, a lot of the focus of investment in technology has been focused on the high end," she said. "We need many more better-paid jobs in communities like Knowle West. We're thinking in terms of developing community-based micro-manufacturing. There's potential for using some of these technologies to enable new kinds of jobs and skills."

The big beasts of technology Cisco, IBM and Google, to mention just a few will continue to play a key role in smart city development. But as community-led projects develop and share knowledge of how to tackle the problems they face, there's every reason to hope that control of the technology, and the data it generates, will increasingly end up in the hands of the citizens it's supposed to be serving.