Glitch may have arisen from ongoing technology changes, CEO speculates 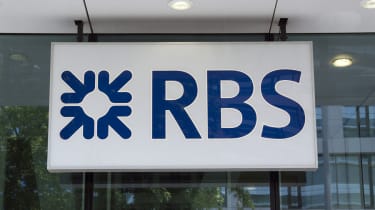 RBS blamed a "technical issue" for rendering their online services unavailable to customers for approximately four hours before systems were fully restored just after 10am.

"We are aware that customers are currently experiencing issue logging into their online and mobile banking accounts," a spokesperson told IT Pro this morning.

"We would like to apologise for the inconvenience. We are aware of the problem and are working to fix the issue. Customers can still use ATMs and telephone banking."

Speaking on LBC an hour before the outage was resolved, the bank's CEO Ross McEwen confirmed he didn't know what had gone wrong and apologised to customers for any inconvenience caused.

"At this stage I've been talking to the team that are working through what's gone wrong here," he told presenter Nick Ferrari.

"As you may be aware we've made a lot of changes to our technology on an ongoing basis, it may be related to that. But we just don't know at this point. The team are working very hard to get it back up for customers."

He also said the bank's digital health was much stronger than in the recent past, with the number of incidents recorded dropping from 300 in 2014, to 20 last year.

The in-part publicly-owned bank has sustained a string of IT troubles in recent years with several high profile incidents leading the Financial Conduct Authority (FCA) to fine the bank tens of millions of pounds in 2014.

Moreover, Natwest was forced into changing its website's security configuration last year after a heated exchange with security experts who warned the bank's website wasn't served over an encrypted connection.

But outages such as Friday's have become common across the whole industry, with several banking giants suffering similar woes with their own IT systems, and for a myriad of reasons. RBS Group's hours-long outage, for example, is the second of its kind in as many days, after Barclays fell victim to a similar online banking outage yesterday afternoon.

As with RBS, Barclays was unable to explain what exactly went wrong with its systems, with a spokesperson telling IT at the time that the bank is "currently experiencing some technical problems".

But their troubles pale in comparison to TSB's ongoing IT nightmare following a botched migration earlier this year. The failures cost the bank nearly 200 million, according to its half-year financial results for 2018, and led to its CEO Paul Pester announcing that he would step down as a result.