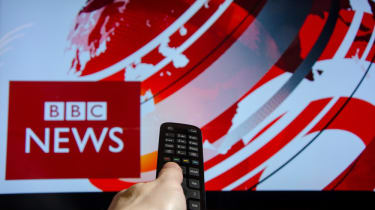 The BBC was forced to switch from live broadcasts to recorded material on its TV news channels on Wednesday after suffering a technical glitch from a recent IT migration.

The glitch was said to have affected the organisation's new computer system, OpenMedia, which has been rolled out across BBC News outlets over the past six months.

The BBC posted a statement on Twitter to notify the public that recorded material from earlier in the day would be used while the live broadcast was down.

"Due to a technical issue we're currently running recorded programming on our live news channels," the BBC Tweeted. "We're working hard to resolve this as quickly as possible. The BBC News website is operating normally."

Due to a technical issue we're currently running recorded programming on our live news channels. We're working hard to resolve this as quickly as possible. The BBC News website is operating normally.

The issue took some time to resolve and resulted in both the 6 pm and 10 pm news bulletins having to be presented from the BBC's Millbank studio, which is typically used for its BBC Parliament channel and Westminster news coverage, instead of the usual facilities at New Broadcasting House.

With only 40-minutes until the 6 pm bulletin, presenter Fiona Bruce had to be escorted through rush hour traffic in a police car to make it to the Millbank Studios in time. The presenter and BBC home editor Mark Easton tweeted a photo from the car as they were driven from Broadcasting House in Marylebone, west London to the studios near Parliament.

In a taxi with Fiona Bruce and editor of @BBCNews at 6 heading for Millbank. Studio at BH gone down!! Traffic dreadful. Aagghhh! pic.twitter.com/MjnPDgT5Jp

The BBC's OpenMedia is supplied by Annova, which won a contract with the broadcaster in 2015 to provide its digital broadcasting software, and has been helping to investigate the fault which engineers believe has now been addressed.

This is not the first time the BBC's flagship news programme has suffered technology faults. In 2017, during a live broadcast, automated cameras disrupted a segway between present Simon McCoy and weatherman Matt Taylor.

The exact nature of the issue has not been released by the BBC, but glitches and outages due to IT migrations are becoming a very real concern for organisations embarking on digital transformation projects, particularly those that are public facing.

In April, TSB bank left many of its customers locked out of online services for a week because of a botched IT migration when it separated from Lloyds Banking Group's systems. The problems spiralled out of control resulting in a number of outages that repeated over the summer, coasting the bank almost 200 million and culminating in the resignation of CEO Paul Pester.