What is driving the rise of hyperconverged infrastructure?

A look at the buzz around HCI, its best and worst use cases, and what the future may hold for the framework 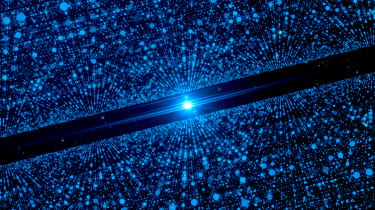 Hyperconverged infrastructure has gone from buzzword to mainstream. The technology framework, which combines storage, compute and networking into a single system, has matured to the point where businesses are starting to see compelling use cases, and that has caught the attention of larger vendors in recent years.

"A few years ago, when there were the start-ups, it was all about engineering and selling the physical appliances," explains Philip Dawson, research VP analyst at Gartner. "We called this hyperconverged integrated systems (HCIS). But now the market has moved to hyperconverged infrastructure that overlays hardware, so it's architecturally shifted."

"There are still some small vendors but the main battleground is now between the large software vendors like VMWare and hardware vendors that are shifting to software, such as SimpliVity and Nutanix."

A recent report by Evaluator Group highlighted that acceptance and implementation of HCI by enterprise IT has grown. Its survey showed that 79% of large enterprises are expanding their use of hyperconverged infrastructure and that they're also using it for more mission-critical workloads.

"Overall, this shift typifies changeover of ideals; moving away from hardware and towards software. In the early days, it was very much a 'you'll get what you're given' arrangement there was no flexibility to on-premise at that time," notes Owain Williams, technical lead at Vouchercloud. "HCI is undoubtedly driven by the bigger companies making more effective use of their resources."

So why has HCI become more readily accepted by enterprises? Simply put, it's down to experience with the product and a continuing need for simpler, more flexible infrastructure.

HCI collapses traditional IT silos separating compute and storage by bringing them under one umbrella and by doing so it accelerates operational tasks to support business.

Where converged infrastructure brought software and hardware together into a single, easy to manage package, HCI goes a step further by also pulling together all the storage, computing and networking resources, allowing users to more easily scale up their operations. Ultimately, HCI is designed to make things much easier to manage, with all the various storage, servers and networking hardware being controlled by one system. Not only does this allow for greater efficiency, but businesses no longer require dedicated teams for each component.

HCI's strengths definitely include flexibility and simplicity agrees Eric Slack, senior analyst at Evaluator Group. He notes that HCI vendors say they can deploy HCI in under an hour, plus they're easy to scale.

"It's flexible: HCI can be configured in multiple ways and generally expanded in small increments. You can add what you need when you need it. You can choose to start small; HCI clusters can be configured with two nodes some with a single node making them good for remote offices and small companies. Then as things get busier, or you grow, you can add nodes. Businesses like this because you don't have to make a big commitment upfront."

When should HCI be avoided?

In past years, Evaluator Group's annual survey showed that businesses tended to shy away from HCI when it came to handling mission-critical workloads and databases, yet this year's report suggests those fears are no longer an issue. Does this make HCI the magic pill for all business ills?

The short answer is no, but according to end users like Vouchercloud, they are "not aware of many disadvantages".

"Some services, such as dedicated SQL clusters, have their own mechanisms for sharding and scaling," explains Williams. "You may not want to run those on that type of environment and [instead] stick to physical servers running as a cluster. If you're running huge compute intensive number-crunching overnight workloads, perhaps HCI is a less appropriate infrastructure investment it's a case of using the right tool for the right job."

HCI is currently not the best choice for businesses looking for top-level performance and scale at the edge, as it's considered a more general solution. It's true that there are a variety of models within HCI for different use cases, but as Slack notes, HCI "draws a circle in the air" around scale and a range of characteristics.

"The closer to the centre you are, the better HCI is for you. If you're on the outskirts then HCI might not be the best choice for you. In those cases, you're likely to need something more customised."

"If you've got applications and infrastructure that grow in a linear and predictable fashion it's fine, as long as they keep that ratio of CPU to storage. But if that drifts, or you have an unpredictable use case, then you lose a lot of control," adds Dr Chris Folkerd, director of Enterprise Technologies at UKFast.

"In addition you're constrained to the feature set that's available from your HCI supplier. It's harder to then break out of that and do more bespoke development if you need to. If you're looking to simplify existing on-premise infrastructure then it might be for you. As ever, there's a trade-off between control, cost and simplicity," he notes.

Looking forward, however, Slack's HCI 'circle' looks set to expand. Vendors are only just beginning to explore the possibility of deploying HCI for emerging edge use cases, but according to Gartner, it's expected that in the next two years they'll be supporting HCI on ruggedised server platforms to address these.

The analyst firm has also predicted that as much as 20% of business-critical applications currently deployed on three-tier IT infrastructure will move over to HCI by 2020.

However, Tony Lock, distinguished analyst and director of engagement at Freeform Dynamics argues that HCI is still relatively young in terms of widescale enterprise penetration and that businesses still need to educate themselves on what they need to change in their operational processes to really push the framework to its full potential.

"It's the 'good practice' side of things," he says. "The markets still need to be educated on what operational processes management need to change, what they need to be aware of regarding security etc. By doing this they'll be able to exploit HCI even more effectively."