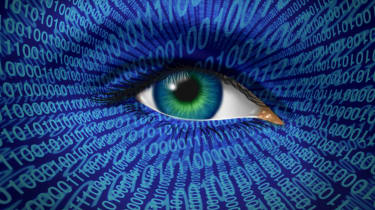 The bill would make it easier for law enforcement and intelligence agencies to access communications data, forcing ISPs and internet firms like Facebook and Google to store information on users for at least 12 months.

There's no doubt Charles Farr will seek to get the Snooper's Charter into law. But he'd be unwise to do so.

It was supposed to have been killed off by deputy prime minister Nick Clegg, but a number of government officials have attempted to keep it alive, using terrorist events such as the death of Lee Rigby as evidence that more powers are needed.

Charles Farr, head of the office of security and counter-terrorism, told the Home Affairs Select Committee yesterday that home secretary Theresa May supported him in his bid to get Snooper's Charter back on the table.

"Of course they do collect communications and communications data. My point was specifically about the UK and the data we were seeking to obtain through legislation. GCHQ cannot provide that data itself."

Farr's claim appears to be at odds with what the head GCHQ Iain Lobban said during a meeting with the Intelligence and Security Committee last week. Talking about GCHQ's work on tracking people using modern technologies, Lobban talked up the agency's work to "uncover the identities and track down some of those who are involved in online sexual exploitation of children within the UK".

The Home Office has repeatedly said law enforcement needed the additional powers to fight terrorists and track paedophiles - the same targets as GCHQ.

Privacy advocates remain deeply concerned about the bill and the Snowden revelations.

"There's no doubt Charles Farr will seek to get the Snooper's Charter into law. But he'd be unwise to do so, as he'd open up the whole surveillance debate," Jim Killock, executive director of the Open Rights Group, told IT Pro.

"We do need that debate, although it should be focused directly on accountability. It's farcical to imply, as Farr did, that there is no need for everyone to know that GCHQ are hoovering up as much data as possible. That ought to be the subject of a specific parliamentary decision, not built on the back of warrants designed for targeted surveillance operations."