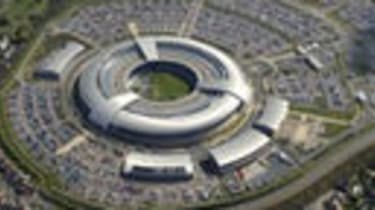 Lawyers representing GCHQ and the government will appear before the Investigatory Powers Tribunal (IPT) to decide if the spy agency violated laws with surveillance activities unearthed by revelations from Edward Snowden.

The IPT will also hear complaints from privacy campaigners Liberty, Privacy International, Amnesty International as well as several other groups from abroad. The case will be heard at the Royal Courts of Justice.

The case has been lodged with the IPT to challenge a ruling in July 2013 by the Intelligence and Security Committee (ISC) that the use of data collected during the Prism programme was legal.

It is the first of several to be examined by the tribunal. The civil liberties groups alleged that private communications may have been monitored under GCHQ's Tempora programme. The groups also said that data gained through the NSA Prism programme might have been shared with UK spy agencies, which circumvented UK legal protections.

"The UK government is manipulating national laws to ensure it can continue to flout international ones," said Michael Bochenek, senior director for Law and Policy at Amnesty International.

"For the first time, UK intelligence agencies will have to answer for their activities and defend their indefensible policy for mass surveillance," Bochenek said.

In a witness statement to the tribunal, Charles Farr, the director general of the Office for Security and Counter Terrorism, said that sharing intelligence with foreign agencies had led to terrorist attacks being prevented.

He added that interception under the Regulation of Investigatory Powers Act 2000 (RIPA) is a "critical tool in investigations into the full range of threats to national security". In Farr's submission to the court he said he could "neither confirm or deny" the existence of Tempora, but did acknowledge Prism's existence as it had "been expressly avowed by the executive branch of the US government".

The tribunal may hear some of the most sensitive evidence regarding interceptions in private. It will look at whether Tempora and Prism exist and also whether either violates articles 8 and 10 of the European Convention on Human Rights.

The case comes after emergency surveillance legislation was brought in and is expected to pass in a couple of day's time. The legislation has been fast tracked after back room deals were made between the government and opposition parties.