Should tech firms leave the UK over encryption laws?

Another British firm has threatened to leave over new tech laws. Should others do the same, wonders Nicole Kobie 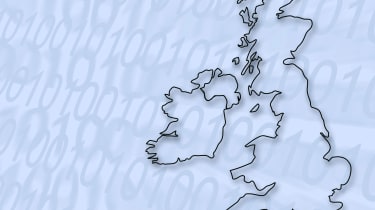 Two tech firms have said they plan to depart the UK in protest at Conservative anti-encryption plans - what does it mean for those who don't follow suit?

Following the election, the new Conservative government revealed plans for new tech regulations, notably the Investigatory Powers Bill, which would require communications companies to hold message metadata for a full year, and could see encryption watered down to include backdoors.

Last week, Ind.ie, a social network startup based in Brighton, said it plans to move "to avoid the possibility of having to add backdoors to our products," cofounder Aral Balkan said in a blog post.

This week, security firm Eris Industries said it would relocate staff out of the UK as "this proposed bill would impinge vital and legitimate business interests of our company," according to COO Preston Byrne.

Two firms are but a small slice of the UK's ever growing tech sector, and both make products designed with privacy in mind. However, Byrne said he expects more to follow his and Balkan's lead. "If this Bill is passed into law, we are likely to see a mass exodus of tech companies and financial services firms alike from the United Kingdom," Byrne said in a blog post. "We are happy to lead by example."

Should others follow suit? And if they don't, what does that mean we can assume about their willingness to tolerate backdoors in their products?

Many firms will likely be adopting a wait-and-see approach, not wanting to speak out until the full details of the bill are revealed, though others would argue now is indeed the best time to try to impact the legislation.

Some, Balkan told us, have no reason to speak out - as they're already doing the government's dirty work.

"Given that most mainstream technology is already built on the business of spying on people, it would be rather hypocritical for Silicon-Valley-style startups to object to Cameron's proposals, at least on ethical grounds," he told IT Pro. "They probably will, however, because it draws attention away from the fact that their entire businesses are built on the very same thing Cameron wants (spying on people). There's nothing like some good 'ol fashioned misdirection and 'good cop, bad cop' to draw the gaze away from your own shortcomings, after all."

"For any company that is serious about protecting its customers, however, Cameron's myopic, draconian war against human rights is like kryptonite," he added. "It's like he read 1984 and thought it was an instruction manual instead of a warning."

The UK departures come as companies start to speak up in the US against anti-encryption plans, with Apple's Tim Cook saying the company would not insert backdoors into its products. "If you put a key under the mat for the cops, a burglar can find it too," Cook said.

Byrne and Balkan aren't alone in expressing concern at the new laws. Lawrence Jones, CEO of hosting firm UKFast, told the Financial Times that the law will "stifle innovation and growth in the tech sector," calling the Investigatory Powers Bill "using a JCB to crack a nut" and "un-British".

Jones claimed that the demand to keep data for a year would require his firm to build two more data centres, at a total cost of 30 million, the FT said.

The Home Office told the FT that it "fully supported" efforts to keep private data safe, but again reiterated its stance that "this should not stop our police and security services from obtaining communications data in certain, limited circumstances, to protect the public and ensure national security."

Of course, the new government won't only affect tech firms leaving the UK, but those coming to it - or unable to.

"The position on immigration needs to be smart and at the moment you could argue it's dumb," he said. "We're not talking about numbers here, we're talking about getting the right skills needed to grow the economy, be they plumbers or be they tech entrepreneurs or be they experienced large company people."

David also said his techUK's membership had expressed concern over a referendum to leave the EU, saying access to that market would be good news for UK startups.

"There's a 500 million-person market right on our doorstep which people don't take advantage of to grow," he said. "If you look at the impact of the US market on the ability and speed with which US companies can scale, it doesn't happen here because the single market doesn't actually operate at home yet."