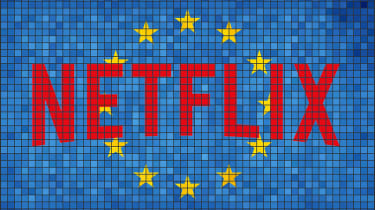 The EU may force Netflix and Amazon Prime to show more European movies and TV shows, in order to comply with broadcast regulations.

The European Commission is looking at redrafting the rules that govern broadcasters operating within the EU, and rumours suggest that it is planning to include streaming services under the new document.

The current legislation - known as the Audiovisual Media Services Directive - compels television networks to ensure that a certain percentage of its content is produced within Europe.

The majority of EU member states have existing rules governing this principle, but the new directive would establish a blanket ratio for the whole of the EU.

French media outlets are quoting a 20 per cent ratio of EU-made content to overseas content, although no official figures have been confirmed.

Much depends, however, on what the EU classifies as 'European production'. Game of Thrones, for example, is largely filmed in European countries such as Ireland, Malta and Croatia, but is produced by US cable network HBO.

By this metric, Ampere Analysis said, both companies would be largely unaffected by many of their shows, but a stricter reading could impact streaming firms.

"If the European Commission was to apply more stringent rules, and specify that the main country of origin had to be in Europe, Amazon Instant Video would still be unaffected in its two core European markets of the UK and Germany," the firm said.

"Netflix, however, would have to adjust its catalogue composition in the UK, Germany, Portugal, Netherlands, Poland and the Czech Republic - although not necessarily by much. In this instance, Germany would have to replace a total of three non-European titles in order to meet with the regulation."