UK businesses are not ready for GDPR

Organisations are not allocating resources necessary to cope with the legislation 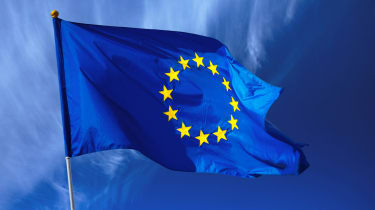 Companies are ill-prepared for the GDPR, with limited resources being allocated to preparing for and complying with the new legislation, it has been claimed.

The preliminary results of a survey carried out by the Centre for Information Policy Leadership (CIPL) and AvePoint show that most businesses are not yet compliant with many of the core principles of the General Data Protection Regulation, even though they are concerned about its impact.

According to the results of the survey that have been received so far, the majority of respondents (57 per cent) said discussions regarding the allocation of additional resources, be it headcount, budget or other, had begun, but no decisions had yet been made.

23 per cent, however, said no additional resources will be made available for GDPR compliance.

"I think there is a disconnect between what companies actually need to do and what they're preparing to do right now," Dana Simberkoff, chief compliance and risk officer at AvePoint, told journalists in central London this morning.

"Companies that I think are in the best position to respond to GDPR right now which ... are companies that are already heavily regulated, probably are the closest to having a programme that would be ready to go (such as financial services). But that does not represent the vast majority of even large companies," Simberkoff said.

An additional cause for concern is that many businesses are unsure as to whether elements of the legislation, such as the right to data portability, apply to them. There are also many businesses that simply do not know what data they hold or where it is all located.

Simberkoff suggested that privacy impact assessment tools could help businesses prepare for the GDPR before it is too late, such as its own APIA system, as well as other free resources available through the CIPL and the International Association of Privacy Professionals (IAPP).