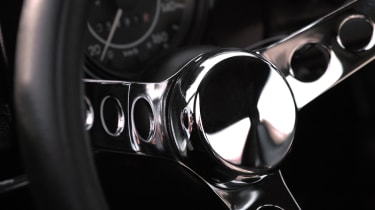 Driverless cars could be insured to drive on UK roads under measures outlined in a fresh consultation the government launched today.

The Highway Code and other driving regulations would also be redrawn to accommodate self-driving vehicles, the Department for Transport (DfT) confirmed.

Under the Pathway to Driverless Cars proposals,vehicles with advanced driver assistance systemswould be allowed to change lanes on the motorway and be parked via remote control.

Transport secretary Patrick McLoughlin said: "Driverless car technology will revolutionise the way we travel and deliver better journeys. Britain is leading the way but I want everyone to have the chance to have a say on how we embrace and use these technologies.

"Our roads are already some of the safest in the world and increasing[ly] advanced driver assist and driverless technologies have the potential to help cut the number of accidents further."

The new consultation comes shortly after two semi-autonomous Tesla cars were involved in accidents, one of which killed the driver.

The crash in May occurred after the Tesla Model S's onboard camera failed to distinguish a lorry from the sky, and the driver failed to apply the brakes. The second crash, involving a Tesla Model X, is under investigation.

The UK has previously stated its intention to become a leader in autonomous cars, and the government believes advanced driving technology will be on sale in the UK in the next two to four years.

However, fully autonomous cars are not expected on Britain's road until the mid-2020s.

Despite the Tesla accidents, and a collision between a Google test car and another vehiclelast summer, today's consultation launch insists that self-driving vehicles will "deliver safer, smoother and smarter road journeys".

The proposed changes to the Highway Code and insurance legislation would form part of the government's Modern Transport Bill, and insurance would extend to cover product liabilities for automated vehicles. Insurers would pay out to victims, then reclaim the money from the manufacturers.

James Dalton, director of general insurance policy at the Association of British Insurers (ABI), said the organisation has been speaking with the DfT about the proposals for some months.

He added: "The development of automated driving will revolutionise motoring, potentially as important a road safety innovation as the seatbelt. Insurers strongly support the government's ambition of making the UK a world leader in this technology and believe the insurance industry has a key role in helping give consumers confidence in using these vehicles when they become more widely available."

Today's consultation continues for nine weeks, and signals the start of a "rolling programme of reform" to introduce driverless cars to UK roads, the government said, after previously stating an aim to complete a full review of legislation by the summer of 2017.

The government invested 20 million in autnomous car projects in February, and 19 million in 2015.Today it announced a new 30 million pot being made available from its Intelligent Mobility Fund for further research projects.

Business secretary Sajid Javid said: "Britain's auto industry has always been at the forefront of innovation and research. This additional 30 million of funding for reseach and development is a further sign of our commitment to making sure we're creating opportunities for UK businesses to thrive and attract global investment in world-class technology."