Apple must pay $302m fine to VirnetX in patent dispute 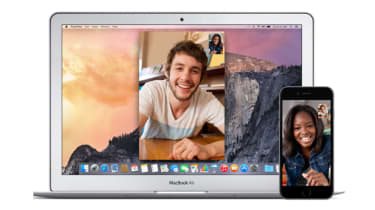 Apple must pay a massive $302.4 million fine over its FaceTime video call technology, after a court found it had infringed another company's patent, it has been reported.

The Texas court ordered the tech giant to pay the damages to VirnetX Holding, which had won an earlier trial awarding it $625.6 million, Reuters reports.

However, judge Robert Schroeder threw the case out last August on the grounds that the jury may have been confused.

The latest outcome follows a long-running saga between the two firms that started in 2010, according to the Reuters story.

VirnetX claimed Apple infringed on four patents established in 2006, including VPNs and secure communications links. This ended in a jury awarding it $368.2 million damages in 2012, but the outcome was voided by the US Court of Appeals, citing issues with how the judge had told the jury to calculate damages.

The larger $625.6 million sum was awarded in February, but Schroeder voided this as well, ruling that references to the previous case may have left the jury confused again.

The most recent trial focused on determining damages for two patents Apple had already been found to infringe on, and to decide whether it infringed on two others.

Reuters reports that Apple must now face a second lawsuit from VirnetX to establish whether it infringes patents with new security measures and the iMessage app.

Neither a VirnetX nor Apple spokesperson have commented on the latest development.