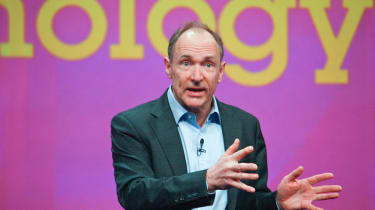 Tim Berners-Lee criticised both the UK and US's moves to curtail internet privacy yesterday shortly after receiving the Turing Award, known as the Nobel prize of computing.

The inventor of the World Wide Web, who came up with the framework as a way for people to share information, bemoaned the evolution of the internet, upon which the Web sits, in interviews with the BBC and the Guardian.

Speaking with the BBC, he called the UK government's attempts to pressure encrypted messaging tools into providing backdoors through their encryption a "bad idea", echoing security experts' beliefs that doing so would enable hackers to break in as well.

He said: "If you're trying to catch terrorists it's really tempting to demand to be able to break all that encryption but if you break that encryption then guess what so could other people and guess what they may end up getting better at it than you are."

Home secretary Amber Rudd's demand followed last month's Westminster attack in which five people were killed and came after the Investigatory Powers Act passed through Parliamentlast year, forcing ISPs to hold onto users' web histories (the websites, rather than the pages, they visit) and share it with spy agencies on demand. Berners-Lee called the legislation "appalling".

Under president Donald Trump, the US has undone pro-privacy legislation put in place by the Federal Communications Commission (FCC). Congress and Trump himself repealed an FCC legislative measurepreventing ISPs from selling users' browsing and personal data to third parties late last month.

"That bill was a disgusting bill, because when we use the Web, we are so vulnerable," Berners-Lee told the Guardian.

"Privacy, a core American value, is not a partisan thing," he added. "I am very shocked that the Republican Party has managed to suggest that it should be trashed; if anyone follows up on this direction, there will be a massive pushback and there must be a massive pushback."

He promised the same thing if the US repeals the FCC's landmark net neutrality legislation.