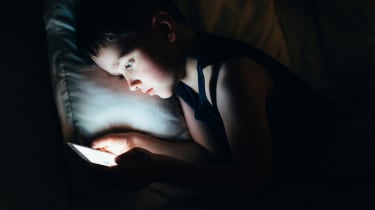 Facebook and Twitter could be hit with a levy in order to counteract online abuse, in plans drawn up by the culture secretary.

Bradley told the BBC that despite manifesto promises to regulate the internet, legislating would take "far too long" and a "collaborative approach" would be more suitable.

In a statement, she said: "The internet has been an amazing force for good, but it has caused undeniable suffering and can be an especially harmful place for children and vulnerable people. Behaviour that is unacceptable in real life is unacceptable on a computer screen. We need an approach to the internet that protects everyone without restricting growth and innovation in the digital economy.

"Our ideas are ambitious - and rightly so. Collaboratively, government, industry, parents and communities can keep citizens safe online, but only by working together."

While the sum and nature of the levy was not outlined, it would be used to raise awareness of internet abuse and online dangers, and to counter them.

Another proposal is for a transparency report that would show how much content is reported to social media sites and how much is taken down, as well as how user complaints are handled.

Claire Stead, online safety ambassador at Smoothwall, said that the proposals in the government's 'Internet Safety Strategy' are a necessary step in the "increasing battle we face in keeping safe online".

"As we become a more digital society, it is inevitable that we are going to need measures in place to ensure wellbeing online is protected, especially of children. It needs to be a collaborative effort from the government, educational establishments, social media and technology companies as well as from those at home to safeguard children online," she said.

The news comes as the chairman of the Ofcom said that the likes of Google and Facebook should be treated as publishers, and could therefore face regulation.

Ofcom chair Dame Patricia Hodgson told MPs at a hearing of the digital, culture, media and sport committee that Facebook and similar sites were "not within Ofcom's responsibility but we feel very strongly about the integrity of news in this country and we are totally supportive of steps that should and need to be taken to improve matters", the Guardian reported her as saying.

A government spokesman told Reuters that the government was "looking at the role Google and Facebook play in the news environment".

"As part of that work we will look carefully at the roles, responsibility and legal status of the major internet platforms," he added.

Prime minister Theresa May also recently said that, along with France, the UK may introduce fines for tech firms that fail to take down hate speech quickly enough.