Theresa May set to continue with encryption crackdown 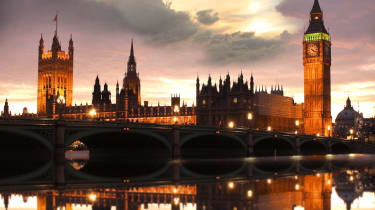 Prime minister Theresa May still appears to be seeking to implement backdoors to encryption and regulate the internet after a snap election in which the Tories lost 13 seats.

In her first speech after winning the most number of Parliamentary seats, without winning an outright majority, May hinted that despite her reduced mandate, she still plans to give greater powers to the security services.

Speaking outside Downing Street after visiting the Queen for permission to form a minority government, she said: "[Our government]will work to keep our nation safe and secure by delivering the change that I set out following the appalling attacks in Manchester and London - cracking down on the ideology of Islamist extremism and all those who support it. And giving the police and the authorities the powers they need to keep our country safe."

Thatprevious speechon the terror attacks in Manchester and London sought to blame social networks for extremist propaganda and bidded for backdoors into encryptedmessaging tools. The tech industry called her comments "lazy", "embarrassing", and "disappointing".

Executive director of the Open Rights Group, Jim Killock, said it would be a "distraction" for May to push on and instigate her terror and tech crackdown.

He said: "The government already has extensive surveillance powers. To push on with these extreme proposals for internet clampdowns would appear to be a distraction from the current political situation and from effective measures against terror."

"Conservative proposals for automated censorship of the internet would see decisions about what British citizens can see online being placed in the hands of computer algorithms, with judgements ultimately made by private companies rather than courts," he added. "Home Office plans to force companies to weaken the security of their communications products could put all of us at a greater risk of crime."

Killock claimed:"Both of these proposals could result in terrorists and extremists switching to platforms and services that are more difficult for our law enforcement and intelligence agencies to monitor.Given that the priority for all MPs is how the UK will negotiate Brexit, it will be especially hard to give the time and thought necessary to scrutinise these proposals."

It reads: "We will continue to push the internet companies to deliver on their commitments to develop technical tools to identify and remove terrorist propaganda. We do not believe there should be a safe space for terrorists to be able to communicate online and will work to prevent them from having this capability."

Interestingly, Bernal also highlighted how the Conservative party seemed to be committing to keeping compliant with an EU law after the UK leaves the EU; the General Data Protection Regulation, which gives people more control over their data, andwhich comes into force in May 2018.