UK and France may punish tech firms for hate speech 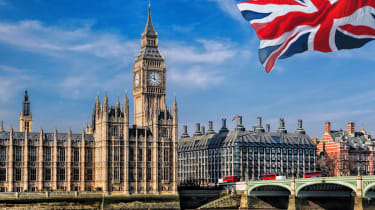 The UK and French governments may take stronger action against tech companies who fail to remove "unacceptable content" from their websites.

The two governments are trying to tackle online radicalisation by seeking to introduce laws that punish tech firms that fail to remove radical material or hate speech from their platforms, potentially with fines.

Prime minister Theresa May said today: "In the UK we are already working with social media companies to halt the spread of extremist material and poisonous propaganda that is warping young minds. And today I can announce that the UK and France will work together to encourage corporations to do more and abide by their social responsibility to step up their efforts to remove harmful content from their networks, including exploring the possibility of creating a new legal liability for tech companies if they fail to remove unacceptable content."

The UK Head of Public Policy for Twitter Nick Pickles said: "Terrorist content has no place on Twitter. We continue to expand the use of technology as part of a systematic approach to removing this type of content. We will never stop working to stay one step ahead and will continue to engage with our partners across industry, government, civil society and academia."

This comes after May pledged to continue to implement backdoors to encryption and regulate the internet despite her election misfire, after visiting the Queen on Friday to ask for permission to form a minority government.

In a speech after the terror attacks in Manchester and London, May sought to blame social networks for extremist propaganda and called for backdoors into encrypted messaging tools, which the tech industry called "lazy", "embarrassing" and "disappointing".

Social networks and technology giants have repeatedly come under fire for their stance on hate speech, with the EU accusing Microsoft, Twitter, Google, YouTube and Facebook last December of failing to remove or disable hateful content within 24 hours of detecting it, despite the companies signing an agreement to do so a year ago.

Yahoo is fighting online abuse with an algorithm, which could detect hate speech in 90% of cases in a trial.