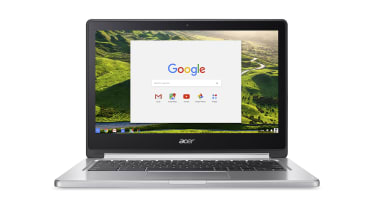 Criticising Google has reportedly cost one researcher his job, though his former employees and Google claim it's not what he said, but how he said it.

Barry Lynn had worked at the New America thinktank for 15 years, where he studied the effects of tech giants on the wider economy and society under the "Open Markets" initiative.

Back at the end of June, the EU hit Google with a 2.42 billion fine for breaching antitrust rules. In response, Lynn issued a statement congratulating the European Commissioner for "this important decision".

Eric Schmidt, executive chairman at Google-parent Alphabet, wasn't keen on that statement, according to a report in the New York Times and Google has been a major funder of New America, donating $21 million in the past 18 years.

Days after the post, New America's chief executive Anne-Marie Slaughter told Lynn it was time for the thinktank and his Open Markets group to "part ways", according to released emails.

Lynn pins the decision on pressure from Google; New America and Slaughter say it has nothing to do with the content of his work, calling the accusation "absolutely false", with a spokesperson saying there's been no funding change since the post went online.

New America posted emails sent by Slaughter to Lynn, which appear to suggest the latter was let go partially because he failed to show the Google post to Slaughter before posting it, despite a previous promise to do so.

"As I explained in our conversation and repeat here," she wrote, "your telling me one thing and doing another was just the last instance of a pattern of behaviour that has been troubling to myself and your colleagues for over a year," she said. Slaughter's previous emails suggested posting the blog without first sharing it around New America was "imperilling the institution" and its funding.

Google said in a statement: "We support hundreds of organisations that promote a free and open internet, greater access to information, and increased opportunity. We don't agree with every group 100% of the time, and while we sometimes respectfully disagree, we respect each group's independence, personnel decisions, and policy perspectives."

Lynn doesn't buy that, telling the Guardian: "I've been there for 15 years. And for 14 everything was great. In the last year or so it has got more difficult. And from every piece of evidence that we are seeing that has to do with pressure from Google."

Regardless of the he-said, she-said behind exactly why Lynn's Open Markets group was cut from New America, the incident has gained the research organisation plenty of coverage which it's using to highlight his new project, called Citizens Against Monopoly.

The website for that group prominently says: "Is Google trying to censor journalists and researchers who fight dangerous monopolies? Sadly, the answer is yes."