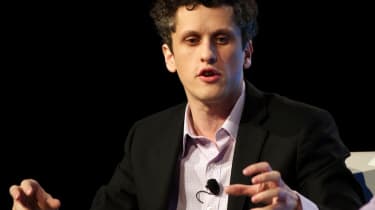 Box CEO Aaron Levie has warned that the actions of Google and Facebook are a "contagion" which could result in major organisations losing trust in Silicon Valley as a whole.

Speaking to Recode's Kara Swisher, he said that Box - and, by extension, other enterprise-focused companies - could find themselves suffering if the actions of more well-known tech firms casts doubt over the motivations of Silicon Valley at large.

"The worst-case scenario for us is that Silicon Valley gets so far behind on these issues that we just can't be trusted as an industry. And then you start to have either companies from other countries," he said, "or you have just completely different approaches and architectures to technology."

Even though enterprise-focused tech companies might think that they are separate from the current wave of data-harvesting and privacy scandals by virtue of the fact that they don't handle public data in the same way, the blow-back it causes could potentially result in a loss of confidence throughout the market.

"We rely on the Fortune 500 trusting Silicon Valley's technology, to some extent, for our success," Levie said. "When you see that these tools can be manipulated or they're being used in more harmful ways, or regulators are stamping them down, then that impacts anybody, whether you're consumer or enterprise."

As a company, Box itself isn't worried by the looming threat of increased regulation - something that has been mooted as a potential way to curb the excesses of Facebook and Google. By virtue of the fact that many of Box's customers are in heavily-regulated industries like banking and life sciences, the company is "almost by proxy regulated", Levie says.

The biggest barrier to regulating the largest tech companies, he argued, is that they're so broad and diffuse that it's difficult to apply single regulations to them. Instead, what's more likely according to Levie is the application of separate pieces of legislation regarding individual issues, such as campaign financing, self-driving vehicles and AI use within healthcare.

In order to successfully achieve this, he said, government and regulatory bodies should be staffed with "super-savvy" individuals who understand the industry and the tech which they will be dealing with.