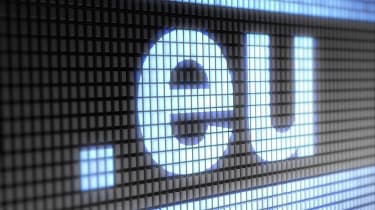 Domain registry manager EURid had previously stated that UK businesses would no longer be able to register for the .eu domain name from the 1 November 2019, should the UK leave without a deal on the 31 October.

It also said that businesses would have until 1 January 2020 to prove they had operations within the EU, and therefore qualify for the .eu domain, otherwise, they would have their domains withdrawn.

Given that the UK government has secured a majority for the second reading of its deal, and that talks suggest the EU will grant an extension to the negotiation period, this has diminished the likelihood of a no-deal scenario on the 31 October.

As a result, EURid has said that its "entire plan" has now been put on hold.

"Following the recent developments in the UK withdrawal scenario, the entire plan outlined on Brexit page is on hold," EURid posted on its notice board. "We will keep you informed as soon as we receive further instructions from the European Commission."

A spokesman for EURid has told IT Pro it will still be accepting new domain applications after the November deadline.

As per European Union regulations, countries outside of the bloc are ineligible to renew or register .eu domain names. Those organisations operating outside of the EU, including those established in the UK, would need to prove that they comply with the regulation in other words, that they have an established entity inside one of the 27 EU member states.

EURid's plans were always framed around the 31 October deadline, and so its latest move is likely an attempt to give businesses extra breathing room to ensure they can comply with the domain requirements.

The European Council still needs to grant the UK an extension, or else a no-deal Halloween will happen. Furthermore, if the deal is not agreed, EURid will still be able to push the domain name changes out, only with an amended timeline.