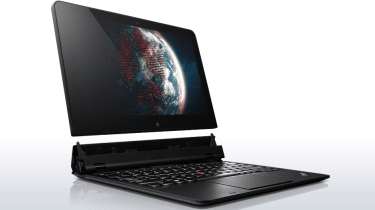 With Apple tablets flying off the shelves at breakneck speeds and PC shipments continuing to fall off a cliff, OEMs are trying desperately to come up with unique form factors to attract users.

You cannot complain about the build quality and looks of the ThinkPad Helix. After Apple's gorgeous MacBook range, the Lenovo is the next best thing.

As it is more of a tablet than an Ultrabook, virtually all of the guts of the machine sit behind the display. This gives the feeling the machine is top heavy. However,the whole thing weighs in at 1.70kg with the tablet accounting for 0.835kg, so the tablet is just under half the weight of the whole machine. 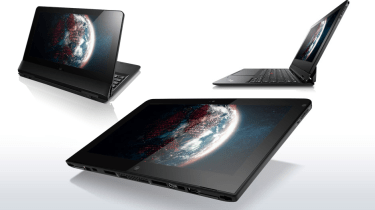 The dock fastens to the display via six different connections and snaps shut reassuringly. You can pick it up by the display when docked and it won't fall apart. But we're not entirely convinced by one part of the design. At the back of the hinge is a flap that covers the fan. This flap, according to manufacturer, redirects air from the fans to keep the machine cool. 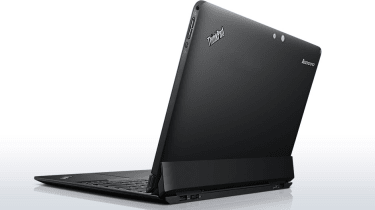 We don't really see why it's needed though and it doesn't do anything - much like everyone's appendix. We also have the feeling that after prolonged usage it will snap off at some point in its lifetime.

The design allows for the display to face the keyboard or to face away, presumably for that presentation or a bit of movie watching in the hotel room, post conference. When in the latter mode, the flap can cover the start button at certain angles.

When the tablet is not docked, the hinge is rather hard to move. It's easier to move when docked, but there have been a few times when testing that you want to close the hinge flat but have to put in quite a bit of effort to do so when the tablet is undocked.