A £550 laptop with an Intel Haswell chip and reasonable battery life. Is it too good to be true? 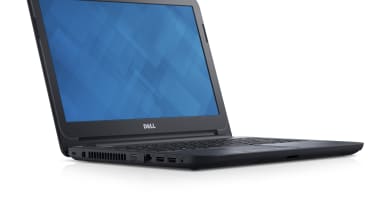 Dell's Latitude 3440 is one of the first laptops to include Intel's 2013 Haswell processors, which has been pushed out in Ultrabooks as a priority.

We're pleased to report the factory fresh silicon hasn't pushed the price up of this enterprise machine: the model we've reviewed here costs a tempting 552 inc VAT, and other models are available for as little as 389. 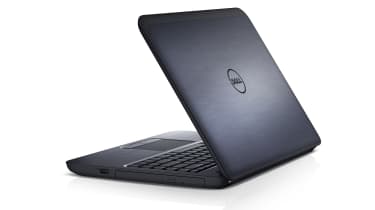 Dell has packed in a Core i5-4200U into the Latitude 3440. The "U" suffix means this processor is a low-end part, but it's still got plenty of grunt. The dual-cores are Hyper-Threaded, so they can each address two concurrent tasks, and the 1.6GHz stock speed can hit a maximum of 2.6GHz thanks to Turbo Boost.

Haswell architecture brings updated HD Graphics chipsets installed on every new chip too. The i5-4200U used inside the Latitude 3440 employs the HD Graphics 4400 core, which isn't far behind the HD Graphics 4600 core found inside full-power Haswell processors. It's got the same number of Intel's architecturally improved stream processors, but it's clocked a little slower.

Another key aspect of the Haswell processor is the efficient design: its 15W TDP is two Watts lower than last year's Ivy Bridge parts and means better battery life.

The Latitude delivered reasonable battery benchmark result of 6hrs 51mins. It's a few minutes short of the Lenovo Yoga Pro 2 and and almost two hours better than the HP Elitebook 820 G1. However, it's no match for the ten hour lifespan of the Apple MacBook Pro 13in. 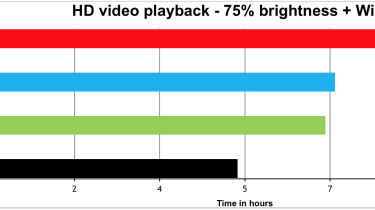 The rest of the specification ticks all the boxes we'd expect from an affordable business notebook: 4GB of RAM, a 500GB hard disk and a even a DVD writer. Networking hardware includes Gigabit Ethernet and Bluetooth 4.0 - but only single-band 802.11n Wi-Fi.

The new architecture helped the Latitude 3440 to above average benchmark scores too. The Dell's overall application benchmark result of 63/100 with the star result coming in the Responsiveness benchmark - a score of 82 ensured Windows 7 never felt sluggish.

The new graphics core helped the Latitude 3440 score 35fps in our Low-quality Crysis benchmark when run at the screen's native resolution of 1,366 x 768. This is a better score than Ivy Bridge machines managed, and it means the Latitude won't struggle with low-end games or high-end media - Full HD footage won't trouble this GPU. 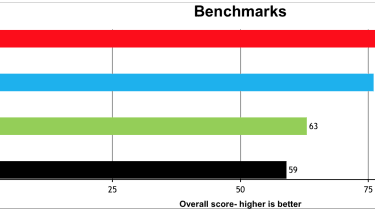 The hard disk returned sequential read and write figures of 88MB/sec and 85MB/sec. This is fine for a mobile hard disk, but it's no match for the SSDs found in pricier machines. Applications won't load as quickly and boot times will be slower than Ultrabooks.

Dell intends the Latitude 3440 for business use, so we're pleased to report the 14in screen has a matte finish. This makes it easier to see under bright office lights than the glossy panels found on consumer notebooks. There's no touchscreen, and no option to upgrade to one - so if you're planning on installing Windows 8 in the future, be warned.

The 1,366 x 768 resolution is standard for this class of machine, but quality is mixed. The measured brightness level of 201cd/m2 is average, but the black level is poor - which means a contrast ratio of 291:1. It's bad and it means colours look washed out. There's little depth to the colour gamut, either, with blacks looking more like greys, and the average Delta E of 7.9 means colours aren't accurate.

The Dell's screen is adequate for office use: its matte coating handles lights well, and the lack of quality and resolution means it's more suited to web browsing and general office applications than demanding photography or graphical software.

Dell hasn't designed the Latitude 3440 to turn heads, but it's a subtly stylish laptop thanks to dark brushed metal used throughout. It's a sturdy machine, too, with little give to be found in the wrist-rest, lid and base. The Latitude is 25mm thick and weighs 2kg - not far off Ultrabook dimensions. It's an easy machine to toss into a bag without weighing you down. 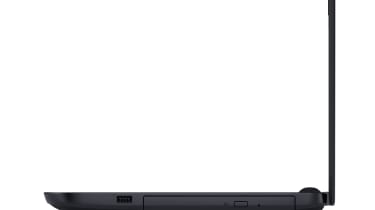 The keyboard is superb. It's a Scrabble-tile unit with large keys despite the Latitude's small desktop footprint, and each key pairs a solid base with plenty of travel. It makes for a consistent and smooth typing action and we were soon up to speed. The trackpad is good, too, with a pair of solid buttons. The keyboard layout is good, but there's no room for a separate numberpad.

The two USB 3 ports are a welcome addition, but display connectivity is limited to D-SUB - there's no HDMI port on this machine.

There are no component upgrades to be had with the Latitude - an unusual move for Dell. Instead of customising your own machine, you've got to choose one of three models.

Our review sample costs 552, and the two lesser machines will set you back 502 or 467. Both have an identical specification, and the one different component from our review sample is the processor - the two cheaper laptops make do with a Core i3-4010U processor, which still has two Hyper-Threaded cores clocked to 1.7GHz - but no Turbo Boost, so it can't go any faster.

The difference in price between the two lesser laptops is explained by warranty options: the more expensive machine has one year of ProSupport and next business day service included, but the cheaper model has just a basic warranty. All three machines can be purchased with up to five years of standard or ProSupport cover, although prices vary across each model.

The latest Latitude is designed for work rather than play. It impresses in several key areas: the Haswell processor has more than enough application grunt, improved graphics performance and decent battery life. The keyboard and touchpad are excellent, and it's a slim, light and sturdy machine ideal for carrying around.

The screen is the only serious issue here - and it just means that this machine can't be used for complex graphics work. If you need a business laptop that won't cost as much as the average Ultrabook, this is worth consideration.

A great machine for this price point, the Latitude 3440 is a great option for businesses which are looking to upgrade their workforce on a budget.