A 15in laptop with a good keyboard and plenty of storage, but which is letdown by poor performance. 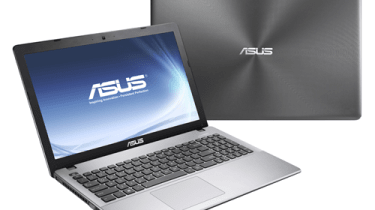 Despite Microsoft pushing small form factor Windows 8 devices, there is still room in the enterprise for traditional laptops.

Asus delivers up the P550CA, a 15.6in laptop powered by Intel's older Sandy Bridge processor together with 4GB of RAM. However, it does have a meaty 500GB hard drive and DVD drive. When compared to the thinner, lighter Ultrabooks, it may seem like an old school machine - but it is significantly cheaper, with prices starting at 390 ex VAT (468 inc VAT). 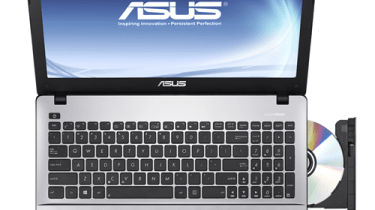 Despite the big bulky chassis, there are two disadvantages to this product: the mediocre performance and lack of ports.

The Intel Core i3 2365M processor in our review unit was clocked at 1.4GHz, and achieved a poor score of 39/100 in our performance benchmarks. 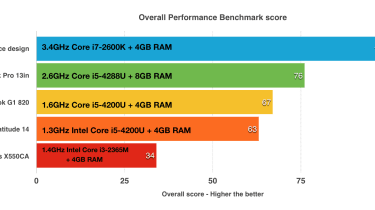 These test results were backed up by real-world usage. Boot up times clocked in at 2 mins for the Windows 7 device, not what you'd expect from a laptop in 2014. Even routine tasks - such as searching the Start menu and browsing the web - led to stuttering performance.

The other disappointing feature was the lack of connections. With a large chassis to play with, you'd think Asus would use the space wisely to build in an optimal number of ports, but this isn't the case.

There are no connections on the right hand edge of the device, which is dedicated to a DVD drive. On the left hand side you've got 2 x USB ports, an Ethernet jack, HDMI and VGA connector. An SD card reader is hidden under the front left edge and is easy to miss.

Despite the lack of processing power, the P550CA does have some advantages. The standout feature is the full-sized keyboard, which includes a numberpad. Frequently used keys such as Crtl, Shift and Enter are large and easy to hit.

Letters are spongy so there's plenty of travel. This makes it easy to touch type and the trackpad is large and responsive. 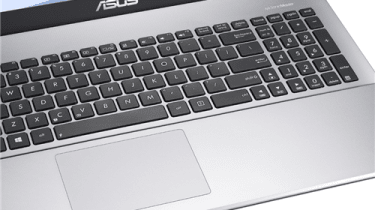 The 1366 x 768 resolution display is a far-cry from the high-definition screens found on higher end products, but for this price you can't expect a Retina Display.

The device is adequate for word processing tasks and internet browsing, but it's not built for heavy duty graphical work. The 15.6in size makes the device large enough to be a desktop replacement and outputs mean you can always hook up a second monitor.

In our Iron Man test, the laptop lasted for 3 hours and 14 mins with the Wi-Fi turned off and the brightness set to 75 per cent. This is a long way short of the devices packing Intel's latest Haswell chip. MacBooks are able to clock in at the 10 hour mark and Windows devices are pushing up to the eight hour mark. 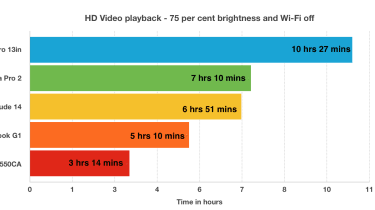 The battery is removeable but in reality this device is not the most portable and is likely to be kept close to the mains supply at all times.

The dated hardware provides mediocre performance and despite the low cost, it's hard to recommend this machine. There are better options out there and the Dell Latitude 3440, which is 80 more is one of them as it offers double the performance and battery life.

A laptop which has dated hardware and a doesn't provide performance which enterprise users will expect in 2014.