Finding the right tool for the job

James Morris explores how new device formats can be factored into your business, depending on your employees' needs. 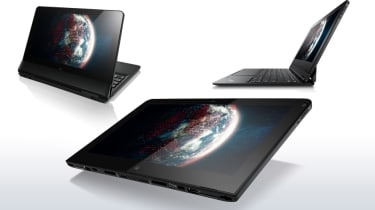 The arrival of the tablet a few years ago has seriously shaken up the PC industry. Analyst firm IDC predicts that in the last quarter of 2013, more tablets will ship than traditional desktop PCs or notebooks combined. This has led to changes in focus across the board in computing, with operating systems such as Windows 8 foregrounding the touch experience and a refreshing array of new devices arriving on the scene. You are no longer faced with a choice just between desktop and notebook, but also tablets and a number of devices that sit somewhere in between. In this feature we explore the options, weigh up their various strengths and weaknesses, and help you find the right tool for the job.

The desktop and notebook are far from dead. However, there is a bewildering choice now available, and there's a good chance that one of the new form factors will suit the needs of your employees better than these traditional tools. However, this depends on what they do within your company, and the kind of business your company is engaged in. An employee who spends almost all of their time at a desk and rarely or never attends meetings could still be best off with a desktop. However, even the desk-bound worker could benefit from a non-standard desktop, such as a touchscreen all-in-one. For example, Lenovo's IdeaCentre A730 incorporates ten-point multi-touch into its 27in display. If a worker spends a significant time navigating images or maps, this kind of device could be preferable. 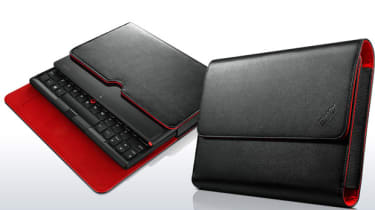 The obvious question, however, is whether a tablet might be a flexible addition to the arsenal. The tablet revolution began as a consumer-oriented trend, focused on touch-enabled games, web browsing and multimedia. But tablets tend to be lighter than notebooks, and generally have a longer battery life. If you need to read an extensive report in digital form, keep track of news-based websites, or tweak a presentation in cramped conditions, a tablet might make more sense than a notebook.

Although there are some very attractive non-Windows tablets on the market, for a business user these make less sense, particularly from the company's perspective. It's notoriously hard to include Android and iOS devices within unified corporate security policies. A Windows 8-based tablet, such as the Lenovo ThinkPad Tablet 2, can be managed in the same way as a Windows desktop or notebook, and run the same Windows software. So it can be configured to run identical software to the desktops and notebooks in the organisation, eliminating file compatibility issues. There's a dock and keyboard stand available, so the Tablet 2 can be used at a desk quite comfortably, too.

While non-Windows or Mac office applications can do a decent job with word processing documents or spreadsheets, they lack features and don't always display formatting properly. And as for presentations, what you get on a tablet is rarely ideal. So your PowerPoint documents are best edited and presented with PowerPoint, whatever device they are being accessed from. A Windows 8 tablet will edit and display a PowerPoint document in exactly the same way as a desktop or notebook, making it an excellent presentation device. 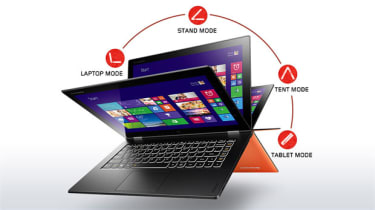 For anyone who has to generate a large amount of text on the move, however, a tablet is not the ideal device. Although it is possible to add a cover with Bluetooth-connected keyboard to most tablets, including the ThinkPad Tablet 2, these don't provide such a pleasant typing experience, and won't be as robust, since the keyboard isn't generally locked onto the tablet. In this case, a standard notebook would make more sense, or for greater portability, an Ultrabook such as the Lenovo ThinkPad X1 Carbon Touch. However, this doesn't mean the world of touch that has been introduced with the tablet should pass this kind of worker by. Certainly, Windows 8 is best experienced with a touch screen available, and the ThinkPad X1 Carbon Touch includes this.

Devices like the ThinkPad T440 and X240 are also still essentially regular Ultrabooks, but there are touchscreen-enhanced Touch models available for both of these as well. The screen can be angled all the way back so that it lies flat on the desk. This isn't quite the same experience as a full tablet, but allows multiple users to explore a document at once using touch. Hook one of these devices up to a projector and it could, for example, make navigating a diagram or architectural plan for a presentation much more fluid as you pan around and zoom in and out.

But if you truly want to give your employees the best of both worlds, there are now some very capable hybrids that function equally well both as a tablet and a notebook. Lenovo's IdeaPad Yoga, for example, comes in 11.6in and 13.3in varieties, and incorporates a hinge that rotates through 360 degrees so that the notebook can be used as a tablet. The keyboard folds behind out of the way. A similar experience can be obtained from the ThinkPad Twist, but in this case the screen rotates as well as folding, so the keyboard remains pointing upwards. Both of these products provide a full tablet experience, albeit relatively heavy in the hand for a tablet. But they are also standard Ultrabooks with regular keyboards, so will be just as good for more traditional office work. 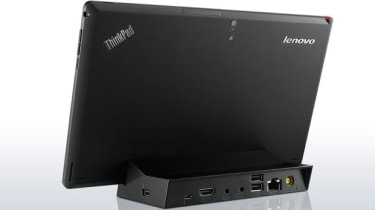 Avoiding the weight issue, there are systems with screens that are completely detachable, such as the Lenovo ThinkPad Helix. This is an 11.6in Ultrabook format, and incorporates the kind of specification that would be expected from a high-end ultra-portable, including Core i5 or i7 processor and up to 8GB RAM, a full-sized keyboard, and the majority of ports you would normally get on a device in this class. But you can take off the 1,920 x 1,080 display and use it on its own as a regular tablet. The three-cell battery on board gives it around six hours of usage, but the keyboard dock includes a second battery, so in Ultrabook mode the Helix will last for up to ten hours. This kind of device is perfect for giving employees all the new benefits of the tablet without compromising on the more traditional utility of an Ultrabook. The Helix is the ideal solution for power users that need ultimate flexibility.

The key challenge for IT managers facing the Touch revolution is that a "one size fits all" approach will not be appropriate, and the needs of individual workers or at least departments will need to be gauged. Fortunately, you can now deploy a huge range of different types of device that are all running Windows 8 and can be managed in a uniform way. Supporting a wider range of devices may sound like a headache, but the advantages of enabling employees to work more flexibly both in terms of where they work and how they work can have major financial benefits for your company, making it well worth the effort.