A powerful laptop with a Core i7 processor, up to 32GB of RAM and discrete graphics from Nvidia. 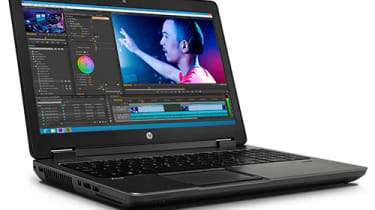 Our review unit packed a quad-core Intel Core i7-4700MQ processor (2.4GHz). There's no option for Xeon processors though, which means it won't be offering you the same performance as a desktop workstation such as the HP Z1 or the late-2013 Mac Pro.

We had 8GB of RAM preloaded, and the zBook 15 is capable of supporting up to 32GB of memory. Graphics power was provided by an Nvidia K2100M, which had 2GB dedicated GDDR5 RAM. This is the highest discrete graphics options available.

The specification looked great on paper and, thankfully, didn't disappoint in our real-world benchmarks. The zBook 15 matched the performance of our reference machine with a score of 100. 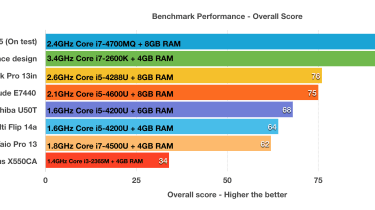 It excelled at the multimedia benchmarks - rendering photos, music and video - with a score of 104.

Our review unit had two SSDs set up in a Raid 0 configuration - an attempt to boost the performance. Using the AS SSD benchmark we got sequential read and write speeds of 142 MB/s and 101MB/s. This is a good deal faster than laptops with spinning disks, but is nowhere near the level of performance found in the latest MacBooks, which we also tested with the same software using Windows via Bootcamp.

The 15.6in panel on the zBook is another standout feature designed for professional use. The LED-backlit screen comes with an anti-glare coating and a full HD resolution of (1920 x 1080). Panel Self-Refresh (PSR) technology is also included to help extend battery life - but as you'll see later this doesn't make much difference.

We measured a reasonable maximum brightness of 210 cd/m2. But where the zBook really shines is through the on-screen calibration. HP's Mobile Display assistant shows you key features such as the brightness, colour temperature and Gamma. You can also select the colour space depending on what you are using the device for. It's possible to set it to full colour, Adobe RGB, sRGB (printing), Rec. 601 (SD content), Rec. 709 (HD broadcast, DVD, Bluray) and DCI P3 emulation (digital cinema). 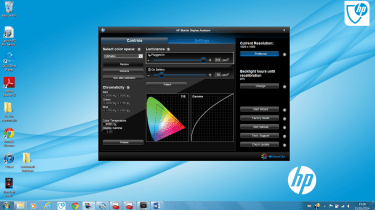