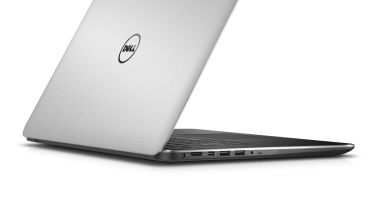 The Core i7-4702HQ is one of Intel's best mobile chips. It packs Haswell architecture, four Hyper-Threaded cores, and a 2.2GHz stock speed capable of hitting 3.2GHz with Turbo Boost. The specification is rounded off by a whopping 16GB of RAM and a 256GB SSD. It's one of the best performing laptops we've seen - only bettered by the HP zBook 15. 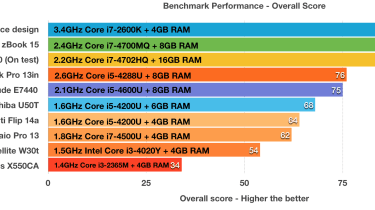 Graphics grunt comes from an Nvidia Quadro K1100M. The mobile workstation part packs ISV certification, so it's guaranteed to work with business orientated software. It's a mid-range GPU based on the consumer GTX 650 card, which has become the GTX 750M.

The Quadro and GTX 750M will have similar performance but the K1100M has tough competition from Intel's Iris Pro GPU, which is found inside other MacBooks.

We ran the Dell through Unigine's Heaven benchmark, and it averaged 24.9fps six frames slower than Iris. Despite this, the Dell has enough speed to outrun older integrated cores as well as both low- and mid-range discrete GPUs. The best feature is the ISV certification.

There's a downside to these components. After minutes of stress-testing, the Dell's processor hit 96C four degrees short of its thermal limit. It's not an issue unless the processor runs at 100 per cent for prolonged periods, but benchmarks did make the Dell's fans spin up to an irritating whine. The Precision's vents are on the base so the bottom gets uncomfortably hot.

The six-cell battery lasted for 3hrs 42mins in our video playback benchmark with the screen at 75 per cent brightness. This is better than the HP zBook 15, but it's nowhere near the MacBook its OS X Mavericks optimisations saw it last over 10 hours. 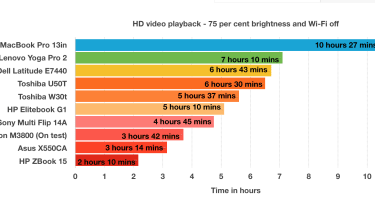 The SSD's sequential read and write results of 490MB/sec and 401MB/sec are good, but can't match the MacBook's PCIe drive which has read speeds around the 700MB/sec mark. The Precision's 11 second boot time is superb four seconds faster than Apple. There's a 500GB hard disk, but this will get taken up quickly with video or RAW photography files.

There's no Gigabit Ethernet port, but a USB adapter is included. The presence of dual-band 802.11ac Wi-Fi is a sensible bit of future-proofing, and there's Bluetooth 4. There's no room for mobile broadband.

The speakers are loud enough to fill a living room, and quality is reasonable: a snappy high-end that doesn't overwhelm the rest, and meaty treble. Bass is present, but the sound could be louder.