Surface Pro 3 vs MacBook Air (11in): Can a tablet replace a laptop?

Does the Windows tablet have a chance of outperforming the most portable MacBook? 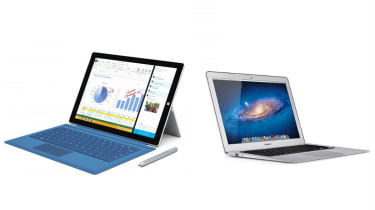 Panos Panay, VP of Surface at Microsoft, dubbed the device as capable of "replacing a laptop". Throughout the unveiling he talked up the specifications of the third generation Windows tablet, but does it really have what it takes to be a laptop killer?

For the purposes of this comparison, we'll take a look at how the 12in Surface Pro 3 stacks up against the 11.6in MacBook Air, as these are the closest in terms of size and specifications: 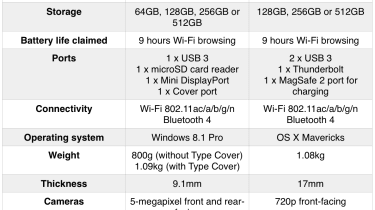 When it comes to features like processor, RAM, connectivity and battery life, the devices appear equally matched. But there are areas where the MacBook Air and the Surface Pro 3 outdo each other.

The weakest part on the MacBook Air (2014) is the screen. The device has a portable 11.6in LED-backlit glossy display but ships with a dated 1366 x 768 native resolution. It is capable of scaling to 1280 x 720 pixels at 16:9 aspect ratio. At this time, Apple doesn't integrate any touch screen functionality into its Macs, either.

The Surface Pro 3 looks to be streets ahead in this department with well over 3 million pixels. The 12in touch screen sports a 2160 x 1440 resolution and Microsoft has switched to a unique 3:2 ratio. This should make the Surface easier on the eye than previous versions of the tablet, which had scaling issues and required a magnifying glass to use them. 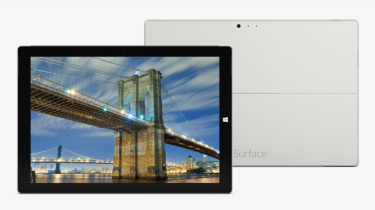 Microsoft is keen toemphasisethe lightweight dimensions of the Surface Pro 3. The Windows tablet weighs in at 800g vs 1.08kg for the MacBook Air.

However, when a keyboard is attached to the Surface, it's the heavier device with a total weight of 1.09kg, so don't be fooled into thinking it's uber portable. In comparison the iPad Air weighs in at 469g. 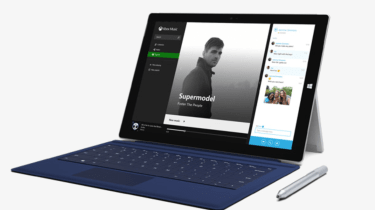 The hardware configurations are almost identical with users able to choose between Intel's Haswell processors, 4GB or 8GB of RAM and up to 512GB of internal storage. The key difference here is the inclusion of a TPM chip in the Surface Pro 3 to provide encryption.

Neither device has the space for discrete graphics, so you'll be reliant on Intel's integrated graphics. The Surface Pro 3 has the slightly dated HD 4400 chips and the MacBook Air has the HD 5000.

Both devices have four physical connections but the MacBook has more USB ports and a Thunderbolt connector allow users to connect more peripherals to it. Wireless connectivity is equal with both devices supporting Wi-Fi and Bluetooth 4.

Microsoft has yet to disclose the size of the battery in the Surface Pro 3. However, the firm has gone on record claiming 9 hours of Wi-Fi battery on a single charge. 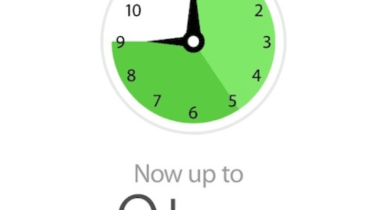 The 11in MacBook Air is powered by a 38-Watt hour battery and Apple claims up to 9 hours of Wi-Fi browsing or video playback.

Although equal on paper, based on our experiences with the Surface Pro 2 and the MacBook range, we expect the OS X software to last longer during our tests.

There is a significant difference in input here. Despite the improvements Microsoft has made to its Type Cover, MacBooks provide anunparalleledtrackpad experience and the built-in keyboard is going to be more spacious and have more travel. 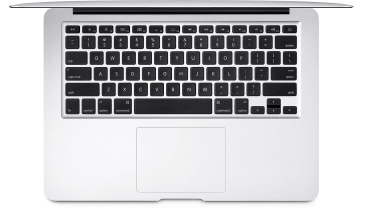 However, the Surface Pro 3 does have a 10-point multi-touch screen and is shipped with a stylus.Microsoft is touting the handwriting capabilities of the device and is also aiming to duplicate the features of a notepad. If you click the stylus like a pen, the Pro 3 will automatically open up OneNote so you can scribble down any ideas, which pop into your head. 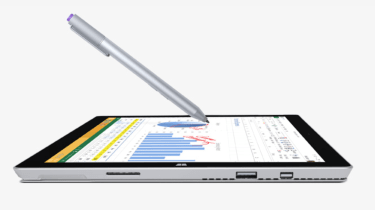 Apple devices are often labelled as premium, but the Surface Pro 3 isn't cheap. Pricing for the Windows tablet may start at 639, but this is for the basic model with a Core i3 processor and 64GB of internal storage of which just 36GB is usable.

This is also the only version of the Surface Pro 3 that is cheaper than the MacBook Air. When the processor, RAM and memory are matched up, the Apple device comes out cheaper. The difference in cost is primarily due to the superior screen on the Surface Pro 3.

Don't forget the Type Cover is not included with the Surface devices, so you'll have to splash out an extra 109 on top of the quoted price if you want to have laptop functionality. 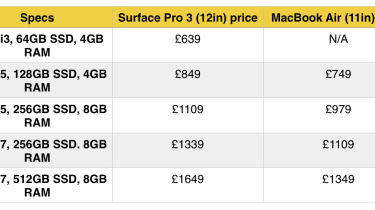 The Surface Pro 3 looks like a competent device with the standout features being the display and pen. It will be interesting to see if the third generation Surface tablet can live up to the nine hour battery life claim. We expect performance to be similar between the devices because the configurations are almost identical. But at present it still looks like the MacBook Air could be better value. Stay tuned to see just how good the Surface Pro 3 is when we publish our full review.