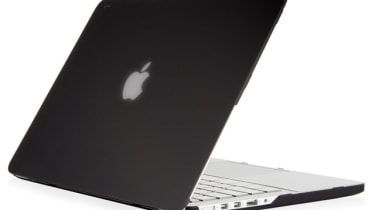 Apple did not carry out a refresh of its MacBook Pro range in late-2014, most likely because Intel was having problems manufacturing its Broadwell chips.

No hardware details have been released about the MacBook Pro 2015, so we've come up with our own wishlist. We also go through the software features you can expect to see with the device guaranteed to ship with OS X Yosemite (10.10).

Features we want to see in the MacBook Pro 2015

The MacBook range is often referred to as the most beautiful laptop on the market with its unibody metallic chassis. However, the sight of bare Aluminium is starting to get dated and isn't great at hiding scratches and blemishes.

We're fans of the Mac Pro 2013, which introduced black coating over the Aluminum chassis and would love to see Apple transition this design over to its MacBook Pros - albeit in matte.

MacBook Pro 2015 release dateThere are reports of an Apple launch event at the end of February. This is expected to debut the 2015 Air range.

If the MacBook Pro 2015 is also announced it could start shipping as early as March. If Apple doesn't opt to launch the Pro edition at the same time, we expect it to be available in the summer - around July.

The MacBook Pros already ship with Retina Displays, so we don't expect a huge jump in terms of pixel density. The 13in model packs over 4 million pixels and there are 5.1 million pixels if you get the bigger 15in.

However, we would like Apple to offer more of a choice when it comes to sizes. A 12in MacBook has been rumoured - but this is expected to be an Air variant.

IT Pro readers have also asked for the return of the 17in MacBook - which would be ideal for handling multiple applications at the same time.

Apple has so-far resisted integrating touch screens into its laptops. This functionality is exclusive to iOS devices.  Such displays are standard when it comes to high-end Windows Ultrabooks and would be an asset when it comes to web browsing and controlling multimedia content on a Mac.

We'd like to see MacBooks with touchscreens as we can see ourselves swiping between apps and navigating webpages without having to use the mouse.

The keyboards on the MacBooks good, but they're nowhere near as comfortable to type on as Lenovo's ThinkPad range. It would be great if Apple added more spring to keys as they are a little flat at present.

In comparison, the trackpads are best-in-class, triumphing anything offered on Windows machines. Reports suggest Apple is planning on scrapping the physical buttons on its trackpad and replacing them with sensor technology. This is intriguing and we expect such a move to help Apple to extend its advantage in this area.

Broadwell chips will provide the same performance as their Haswell predecessors (4th generation Core) while using 30 per cent less power.

Currently, 13in MacBook Pros offer up 9 hours of battery life and the larger 15in devices tout up to 8 hours of usage. With the improvements provided by Broadwell and the more efficient OS X Yosemite, we expect these numbers to reach the double figures.

Details of Thunderbolt 3 have been leaked from Intel, and the third generation I/O technology could debut in the next generation MacBook Pro.

Thunderbolt 3 (codenamed Alpine Ridge) offers bandwidth of up to 40Gbps, double that Thunderbolt 2. It's also capable of powering dual-4K displays, uses 50 per cent less power than its predecessor and will provide some form of charging functionality.

It's not possible to upgrade core components like RAM in the MacBook Pro and even batteries are glued inside making them awkward to replace.

But there is hope, things could change. The firm's latest generation Mac Pro is one of the most upgradeable products from the company to-date. And if Apple wants to attract more businesses to use its device, increasing the upgradeability would be a sure-fire way to do this.

Software expected to ship with the MacBook Pro 2015

The forthcoming laptop will ship with the OS X Yosemite (10.10), which will provide a design refresh and a multitude interface enhancements.

iOS and OS X devices to communicate better than ever before via OS X Yosemite and iOS 8. Continuity is an umbrella term under which there will be a range of features. 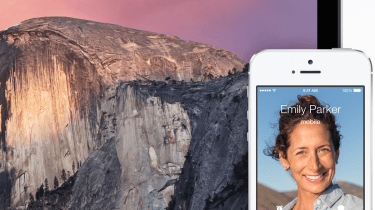 Apple introduced a "Today view" showing all your calendar appointments, reminders,  and weather updates. Third party apps can be integrated into the sidebar to boost customisation. 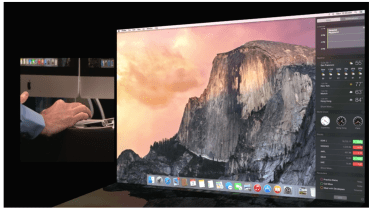 Mac users will be able to store any files or folders in the iCloud repository and then sync then with any other Apple device. The cloud service will also have a Windows client, so you can access files from any PC. 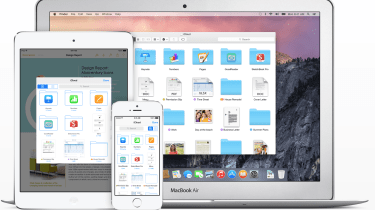 The way you search on your Mac will change with OS X Yosemite. A big search bar will now appear in the middle of the screen.

Not only can you search for documents and contacts locally, Spotlight will pull down content from the web and bring up results from Wikipedia or Maps. In-line previews of all search results will also be provided helping you to see if you've found the relevant thing before clicking on it. 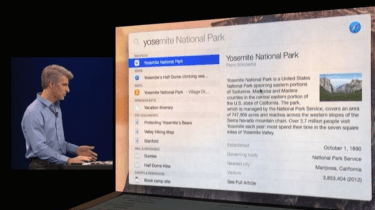 OS X Yosemite users will be able to send attachments up to 5GB in size. MailDrop allows users to upload a file and creates a secure link, which can be sent to friends or colleagues.

The interface for the default web browser has been stripped down to have a minimal number of icons. When you click on the address bar it shows your favorite website and you get spotlight suggestions. It also acts as a search bar.

You'll be able to create private browsing tabs without affecting other tabs and it's possible to scroll through multiple tabs. A "birds-eye" view will provide a quick overview of everything you have open on screen.

OS X Yosemite will continue Apple's legacy on providing battery life improvements. Safari has built-in support for HTML5 Premium video. Apple claims users can stream video from Netflix without the need for a plug-in and this will add up to two hours of extra battery life on existing MacBook Airs. We also expect this to help boost the batter life of the incoming MacBook Pro.