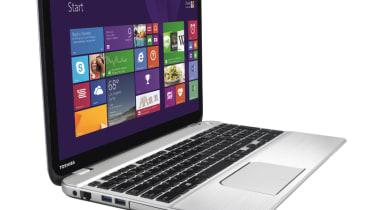 After watching our Ghostbusters Blu-ray in all its HD glory on Toshiba's stunning 4K screen, we can confirm multimedia professionals are going to love this laptop.

Recognising the inclusion of an Ultra High Definition (UHD) panel makes this a niche product, Toshiba has sensibly created one configuration. You get a 15.6in 4K touchscreen, 2.4GHz Core i7 Haswell processor, 8GB of memory and 1TB hard drive. Considering the specification on offer, the 1199.95 price also makes this excellent value.

With a resolution of 3840 x 2160, the P50T's superb display outguns the competition when it comes to the raw number of pixels. 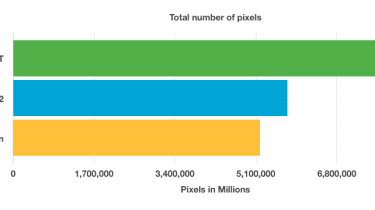 From the moment you boot up the laptop you're hit by the stunning clarity and depth of colours. Toshiba's default desktop wallpaper sets the standard, depicting lush green fields under a smouldering red sunset. The 8.3 million pixels allow you to see all the details on the foliage and it makes you want to reach out and touch the clouds. 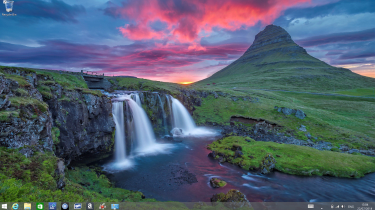 Unfortunately, the 4K display does have its disadvantages. Whilst Microsoft has made improvements to the scaling options within Windows 8.1, the operating system is still not capable of handling this many pixels.

Ironically, image-based applications such as Photoshop are the main casualty. Photoshop relies on graphical interface elements such as toolbars and icons and these are rendered unusable at the native 3840 x 2160 resolution. You'll have no choice but to lower your resolution at this time.

Adobe's support forums are flooded with Photoshop users complaining about this issue. The firm says it's "working with Microsoft" on these scaling issues but is unable to indicate when they may be resolved.

The 4K display also has a detrimental effect on battery life with the Ultra HD display mercilessly draining power. This is something Toshiba is aware of as it quotes a meagre 3 hours and 15 minutes of usage.

In our video playback test, using the power-efficient integrated graphics and with the brightness set at 75 per cent, the modest 43Whr battery built into the P50T lasted 3 hours. On the plus side, the Toshiba managed to last more than the HP zBook 15. 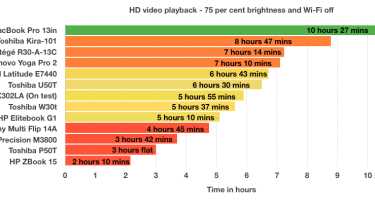 There's a removable panel on the base of the P50T providing easy access to the memory slots, but the battery pack is sealed in. You'll need to be near a power supply whenever you want to use this machine for a prolonged period.

We were a little concerned about the use of a conventional 5400rpm hard drive in the P50T, as such hardware can create a bottleneck in performance tests. The quad-core Core i7 processor helped the P50T to power to an overall score of 89/100 in our benchmark tests. 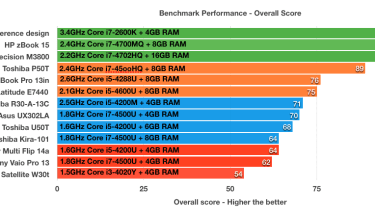 The P50T placed 4th in our tests behind high-end workstations such as Dell's Precision M3800. With 8GB of memory, 1TB of storage and discrete Radeon HD 8800M graphics card, which can be called upon to process heavy duty workloads like 4K video, the P50T is a competent desktop replacement.

Toshiba's spec sheet claims the chassis is made of aluminium, but it looks and feels like the plastic casing found on the firm's less expensive consumer laptops. The P50T is 28mm thick when folded flat, and weighs in at a cumbersome 2.4kg making it more suitable as a desktop replacement.

Connectivity is good, with Gigabit Ethernet for wired networks and dual-band 802.11ac for high-speed wireless access.

The P50T includes 4 x USB 3 ports, so you should be able to connect all your peripherals without needing to reach for an adaptor. The HDMI connection supports 4K output so you can run a multiple monitor setup. Plus there's an SD card slot supporting the latest UHS-II (ultra-high speed) memory cards for quick transfer of HD video and photo files - servicing the needs of the multimedia target market. 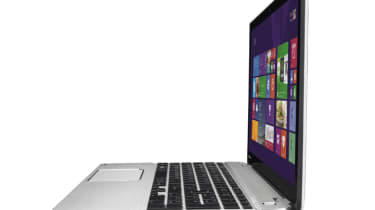 The image quality provided by the 4K display is outstanding and it's complemented by the strong all-round performance and a competitive price. Weight and battery life are weaknesses but they can be overlooked.

The 4K display makes the P50T a superb laptop for image and video editing professionals. Just make sure you've got a power socket nearby.